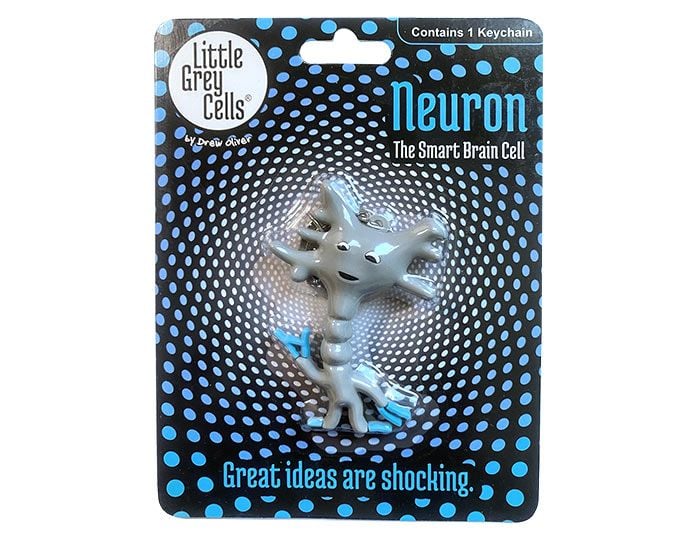 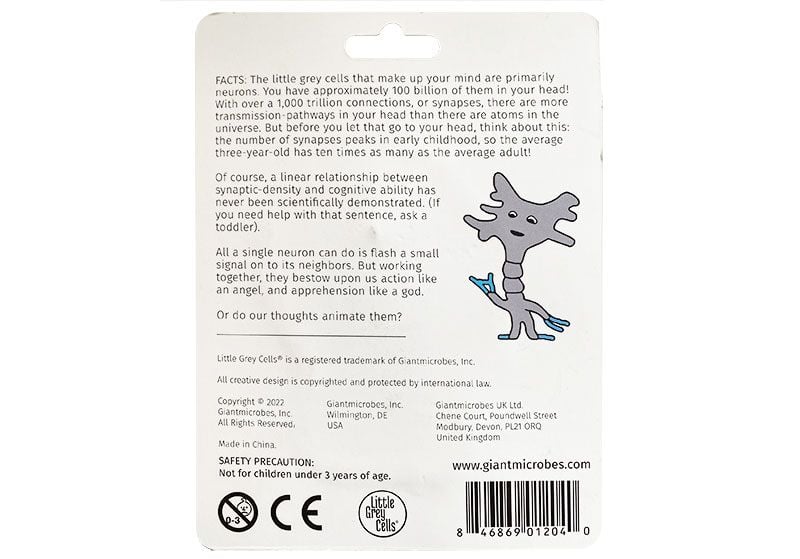 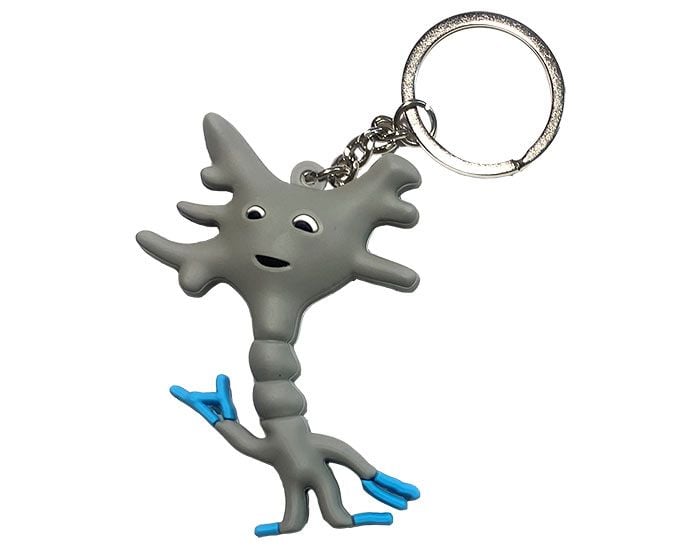 Little Grey Cells® are intelligence-based products designed to amuse and educate. This adorable neuron will have you thinking about your brain cells and how they work together to make you who you are. Excellent gift for students, teachers, scientists, doctors and any lover of brains and minds. A unique gift that will never be forgotten.

All about Neuron: the Smart Brain Cell key chain

FACTS: The little grey cells that make up your mind are primarily neurons. You have approximately 100 billion of them in your head! With over a 1,000 trillion connections, or synapses, there are more transmission-pathways in your head than there are atoms in the universe. But before you let that go to your head, think about this: the number of synapses peaks in early childhood, so the average three-year-old has ten times as many as the average adult!

Of course, a linear relationship between synaptic-density and cognitive ability has never been scientifically demonstrated. (If you need help with that sentence, ask a toddler.)

All a single neuron can do is flash a small signal on to its neighbors. But working together, they bestow upon us action like an angel, and apprehension like a god.

Or do our thoughts animate them?