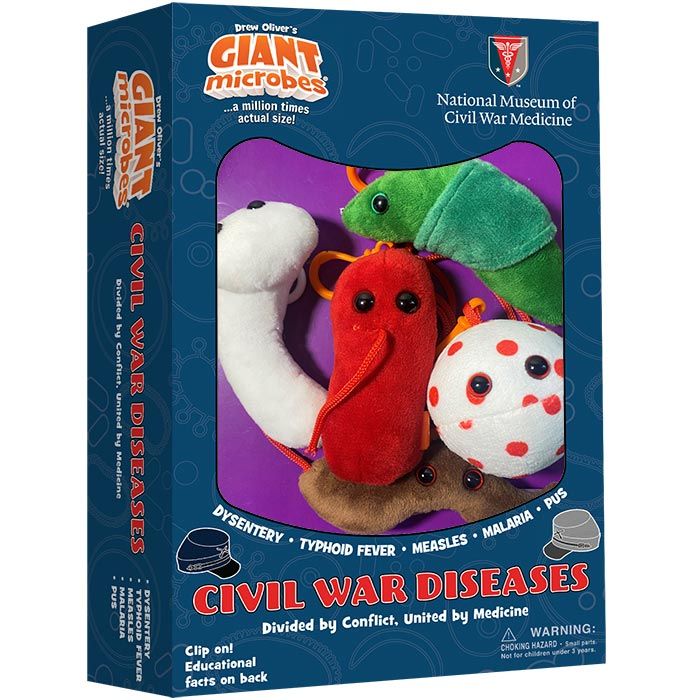 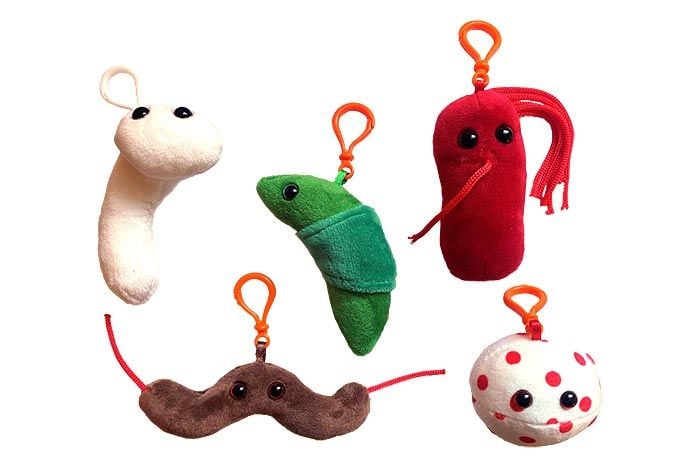 Developed in collaboration with the National Museum of Civil War Medicine, this memorable gift box features five nasty microbes that played a giant role in the American Civil War fought between the Union and the Confederacy. Diseases, including those you find in this box, were responsible for approximately two thirds of all deaths during the Civil War.

This is a wonderful gift for lovers of science, medicine and health, as well as Civil War buffs and anyone who wants to learn about microbes and history. A great reminder to learn from the past to solve problems that improve the future.

All about Civil War Diseases

DYSENTERY -The terms diarrhea and dysentery were often used interchangeably by Civil War surgeons. The soldiers had their own terms such as the Tennessee trots, the flux, the Virginia quick-step and the screamers.

It was the most common malady during the war but also the deadliest and most debilitating. On the Union side alone, there were at least 1.6 million cases with more than 27,000 deaths. Treatments included a wide range of drugs, including the one that worked best - opiates.

TYPHOID FEVER - Typhoid Fever is an intestinal infection caused by the bacterium Salmonella typhi. It is generally contracted from contaminated food or water, which was prevalent in the unsanitary camps. Symptoms include delirium, fever, exhaustion, diarrhea and red skin lesions called "rose spots." Records show a 36% mortality rate among all soldiers from both sides.

Treatments were generally ineffective. Surgeons used nearly everything in their medical kit: opiates, quinine, turpentine, capsicum, ammonia, whiskey, brandy and even mercury-based medicines such as calomel. Cupping and bleeding were also used, further enhancing their suffering.

MEASLES - Measles is a highly contagious viral infection characterized by fever and rash. Today it can be prevented by early immunization. During the Civil War, measles frequently struck soldiers in epidemic proportions. New recruits from rural areas, who had not been exposed to the disease, were most likely to succumb.

At one point at the beginning of the war, 800 of the 1,200 men in the 12th North Carolina Infantry were sick with measles, effectively dampening their fighting capabilities. The Union army recorded 76,318 cases of measles, causing 5,177 deaths.

MALARIA - Malaria is spread by the Anopheles mosquito, but during the Civil War it was thought to be spread by "swamp miasma," or "bad air." Its symptoms include high fever interspersed with violent chills. One soldier claimed, “Yesterday I came near shaking my toenails off.”

The mosquito was (and is) a formidable enemy. Nearly a million cases of malaria were reported in Union records, with approximately 4,800 deaths. It was most common among soldiers serving in the deep south. Quinine was used for preventation and treatment. Although it tasted bitter, the surgeons made it more palatable to the soldiers by mixing it with whiskey.

PUS - Today we understand pus to be the result of infection. In the days before antiseptics and Germ Theory, pus was considered an inevitable result of most wounds. Surgeons distinguished between types of pus, calling the most innocuous “laudable pus,” since its appearance often meant the wound would heal without serious complications.

Wound infections - and pus - were the result of unsanitary medical practices like reusing surgical instruments on multiple patients. Some surgeons would wipe the blade of their scalpel on their bloody apron before operating on the next soldier, unintentionally spreading infection and guaranteeing the presence of the unavoidable Civil War mascot, pus.