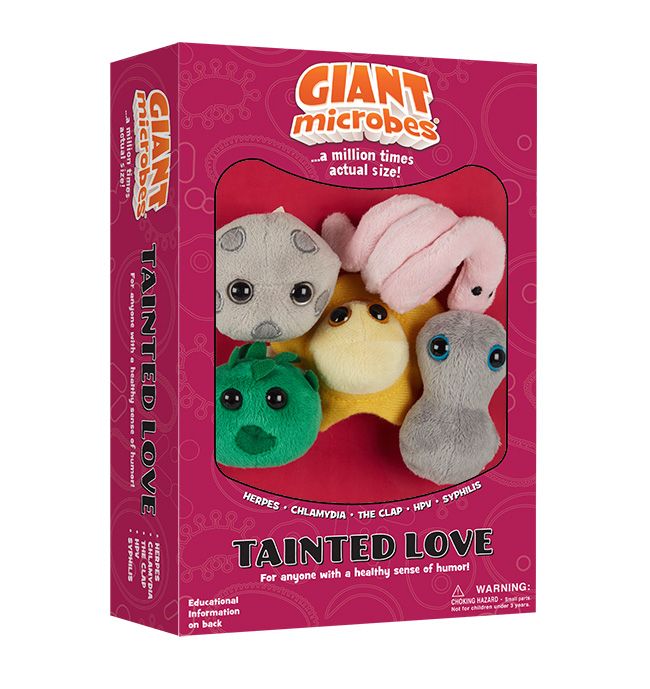 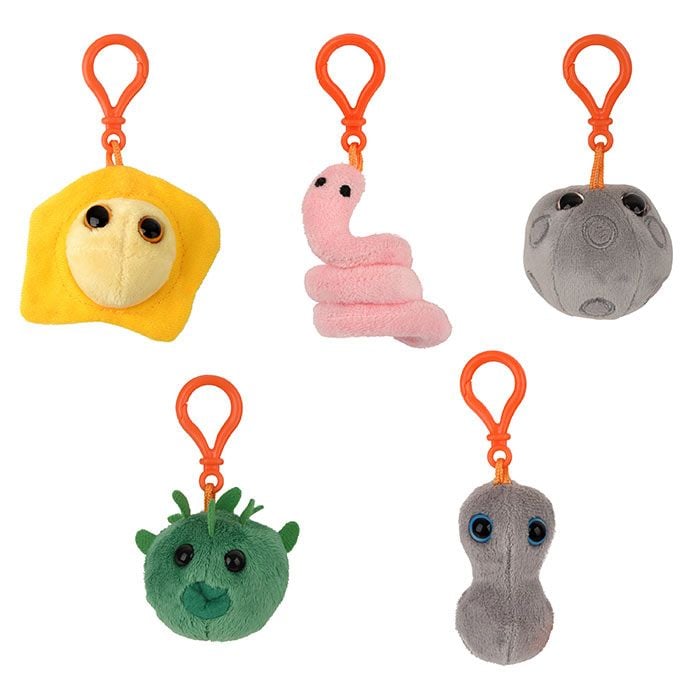 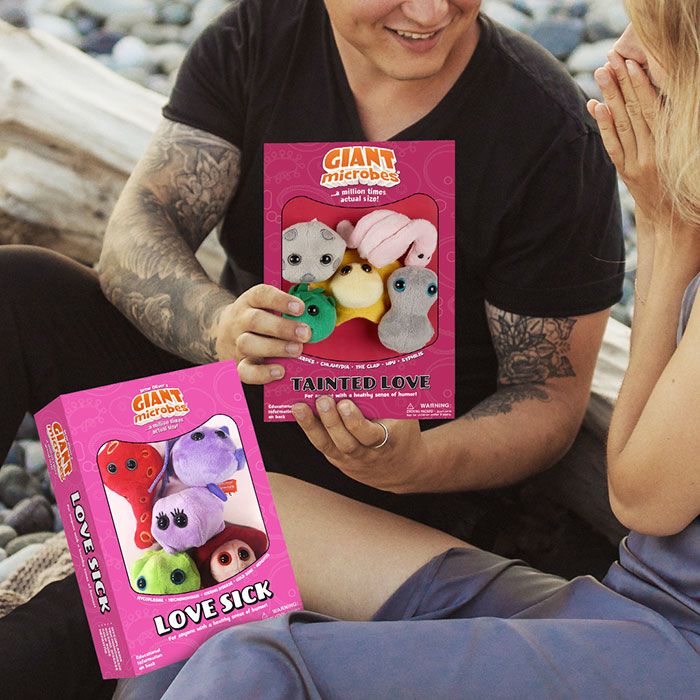 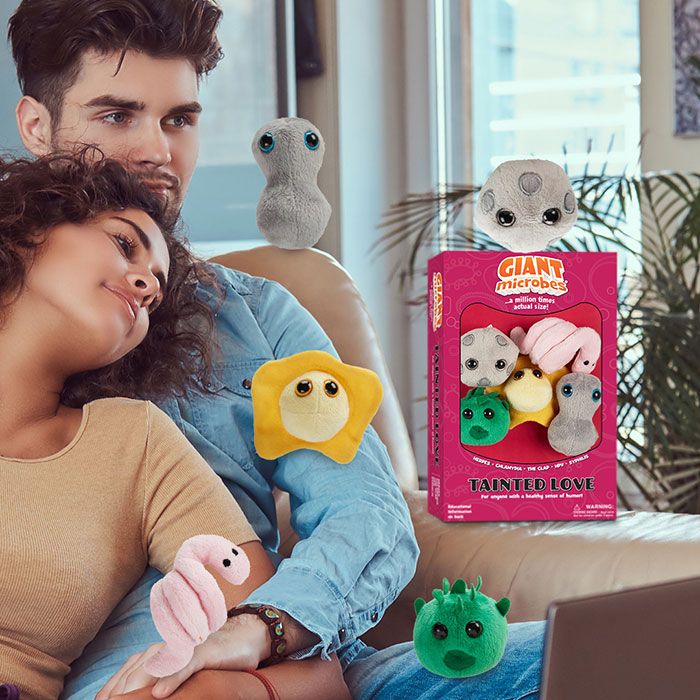 Do you sometimes feel you’ve got to run away from the pain? Does the love you share seem to go nowhere? Lost your light tossing and turning at night? These Tainted Love microbes may take your tears and that’s not nearly all! They’ll brighten your day if any tainted love does come your way.

Clip them onto your backpack, keys or anywhere! Includes key chain clips.

All about Tainted Love

Herpes
Herpes is one of the great-granddaddies of STDs. The word “herpes” (Greek for “creep”) was used by Hippocrates himself 2,500 years ago to describe lesions that appeared to creep along the skin as they spread.

Outbreaks occur in only about one third of cases, depending on the strength of the immune system and the length of infection (outbreaks decrease with time).

Chlamydia
Chlamydia is perhaps the most common of all STDs, though it is less renowned than many others. In nearly three quarters of women (and half of men) chlamydia produces no symptoms at all.

Left untreated, it causes permanent damage to the female reproductive system, and in some cases infertility. Fortunately, affordable and reliable testing is available for chlamydia – and it is highly responsive to antibiotics.

Clap (Gonorrhea)
The clap, or gonorrhea, is one of the most common sexually transmitted diseases. (The word "clap" comes from "clapier," the old French word for brothel.)

HPV
Human papillomavirus (HPV) is a virus that includes more than 100 different strains or types. “Low risk” HPV types can cause common warts. "High risk" HPV is more dangerous and can ultimately lead to cervical (and other) cancers.

Fortunately, there are a variety of treatments and procedures for managing HPV – and a vaccine is also available which provides protection against some of the most high-risk strains.

And the name Syphilis? It comes from the name of a shepherd cursed by Apollo in a 1530 poem by Girolamo Fracastoro.