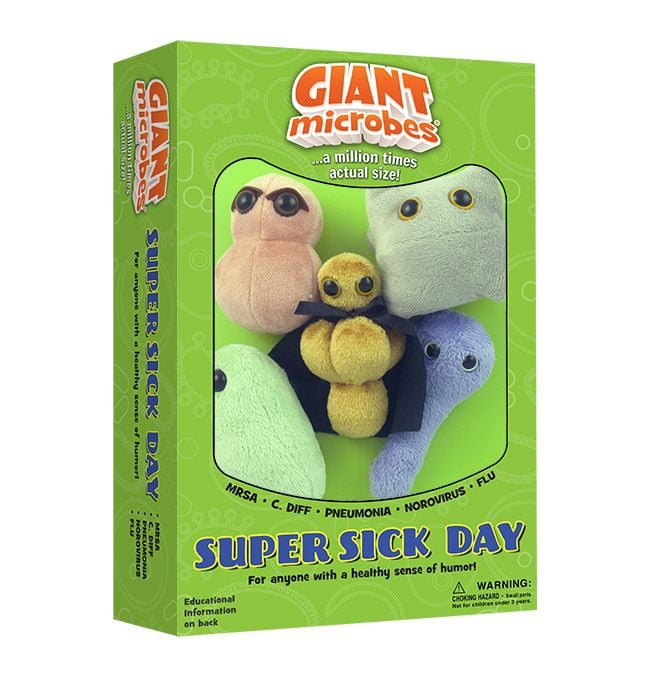 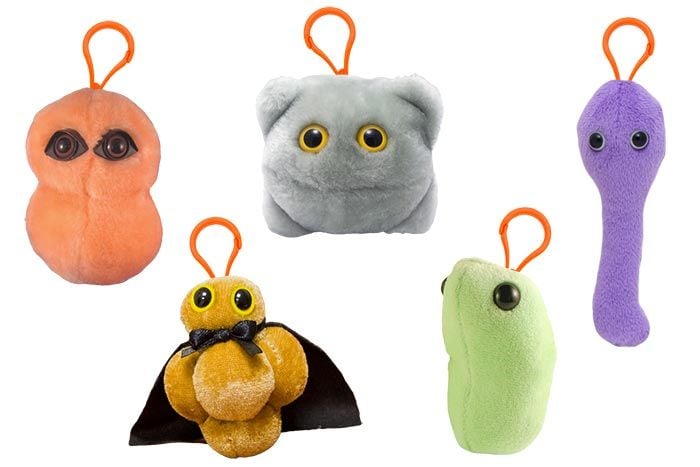 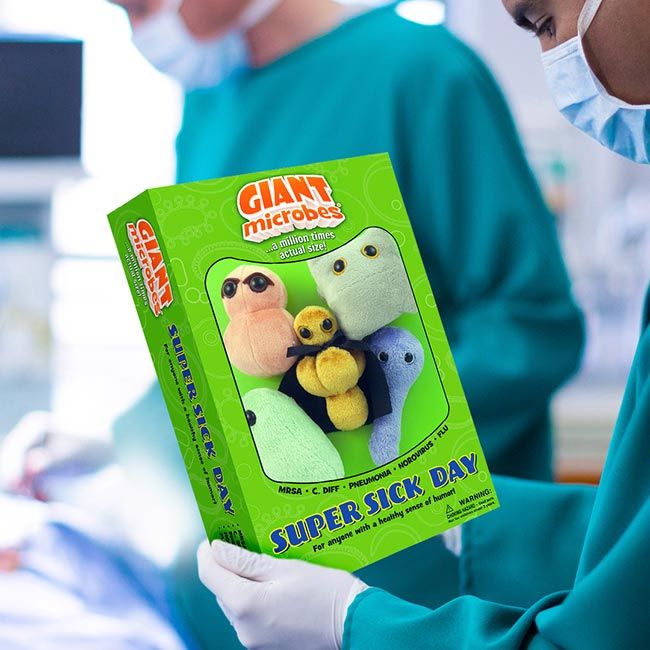 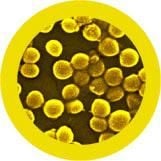 You will need a healthy sense of humor to appreciate these seriously sickening microbes. These viruses and bacteria are a super way to spread awareness and laughs. Useful educational learning and teaching tool and get well soon gift for a sick person.

All about Super Sick Day

But some strains of this “superbug” are now resistant to virtually all known treatments.

C. Diff
Clostridium difficile, or C. diff for short, is a very common bacteria found in water, air, soil, and many other environments.

However, it is becoming notorious as a cause of infections contracted in healthcare settings such as hospitals and nursing-homes. It can cause severe diarrhea and cramping, as well as inflammation of the colon – and in some instances it can be life-threatening.

Norovirus
Norovirus is the most common cause of non-bacterial acute gastroenteritis, or stomach flu. While it can be found in a variety of food products, it is particularly fond of shellfish.

Because it is highly contagious, Norovirus is commonly found in day care centers, nursing homes, schools, and other locales where population-density is high.

Flu
The word “flu” comes from the Italian word “influenza” – back when stars were thought to influence the start of an epidemic!

Every year 5 to 40% of the population gets the flu. Fortunately, most people recover completely in a couple of weeks.

Vaccines, or “flu shots”, are best taken in the fall, several weeks before flu season starts.