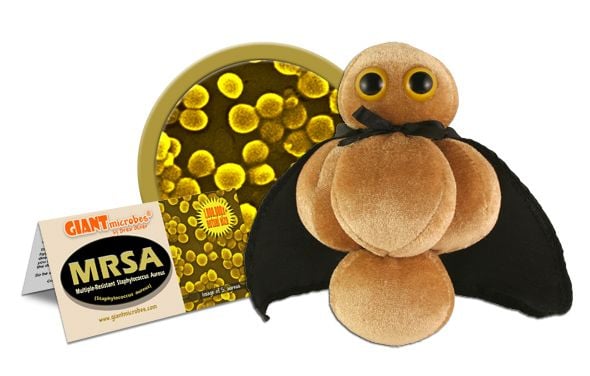 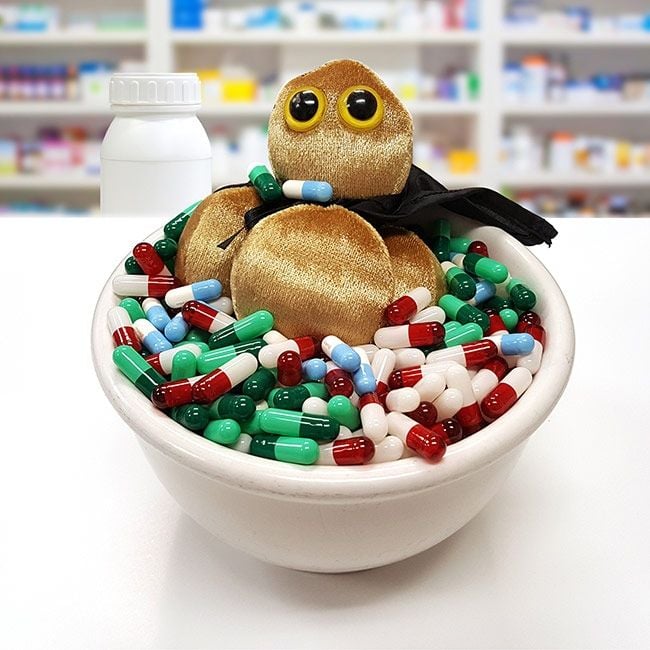 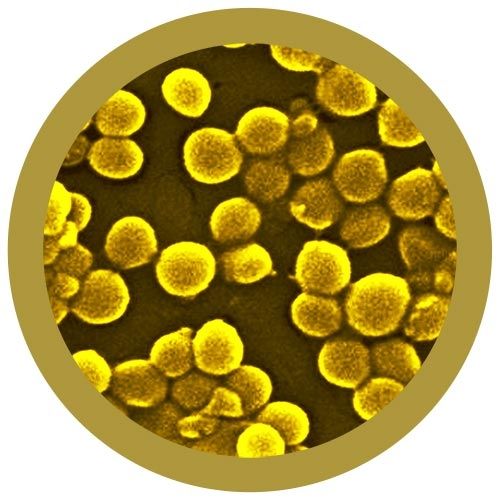 You won't find this Superbug in the Hall of Justice! An excellent tool for disease education and a reminder to exercise caution with antibiotics. All about MRSA (Methicillin-resistant Staphylococcus aureus)

FACTS: Staphylococcus aureus is a very common bacteria often found growing harmlessly on the skin. Although originally responsive to penicillin, strains soon emerged that were resistant to the antibiotic. When a derivative of penicillin called methicillin was developed to combat these strains, Methicillin-resistant Staphylococcus aureus (MRSA) materialized. And the antibiotic resistance of MRSA-strains continues to improve: some strains of this “superbug” are now resistant to virtually all known treatments.

Traditionally, MRSA infections have been a problem in healthcare facilities. Surgical wounds and insertion-points for catheters and feeding tubes are common infection sites, as well as nasal passages and urinary tracts. However, MRSA is beginning to spread to the general population and typically is found in groups with pre-existing medical conditions or where a high degree of skin-to-skin contact is customary, such as prison populations, athletic teams, and military recruits. But while the immune system in healthy individuals can usually ward off an MRSA infection without the aid of antibiotics, MRSA in the infirm can be life-threatening.

The best way to prevent the spread of MRSA is simple attention to hygiene, particularly hand-washing. It is also critical to complete doses of prescribed antibiotics: if you stop as soon as you feel better, you may have dispatched only the weaker bacterial strains, allowing the deadlier ones to survive and flourish.

So be a superhero: stay clean and follow your doctor’s orders.