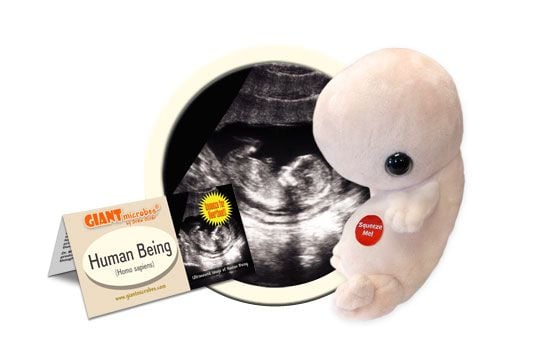 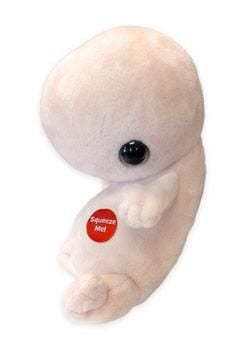 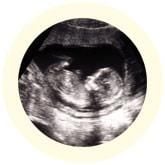 Everyone starts out small – very small! Learn about our miraculous journey from the microscopic world, and how we become who we are.

All about Human Being (Homo sapiens)

FACTS: Everybody starts out small – very small! A human egg cell is only about the size of the period at the end of this sentence. But if the egg is fortunate enough to become fertilized, an amazing and magical journey from the microscopic world to the world that we know begins.

In the first few days, the fertilized egg, or zygote, travels down the mother’s fallopian tube dividing many times. It soon becomes a raspberry-shaped morula and then a hollow blastocyst. After about a week, the embryo is implanted in the uterus where its mother can help it to survive.

During the second week, the embryonic cells begin to differentiate into the specialized cells of which we are all made – and growth proceeds rapidly.

About three weeks after conception, the heart begins to beat. (It can be heard on an ultrasound after about 8 – 10 weeks.)

By the fourth week, facial features are beginning to appear, and arms and legs are just beginning to stretch out.

By the sixth week, fingers and toes are starting to form, and in the seventh week, the eyes are made.

By week eight, the human being is a little less than an inch long. By now, it looks like a tiny baby.

Over the next few weeks, all the major organs begin to function – and pretty soon, the mother can feel something fluttering inside her! (This is called the “quickening.”)