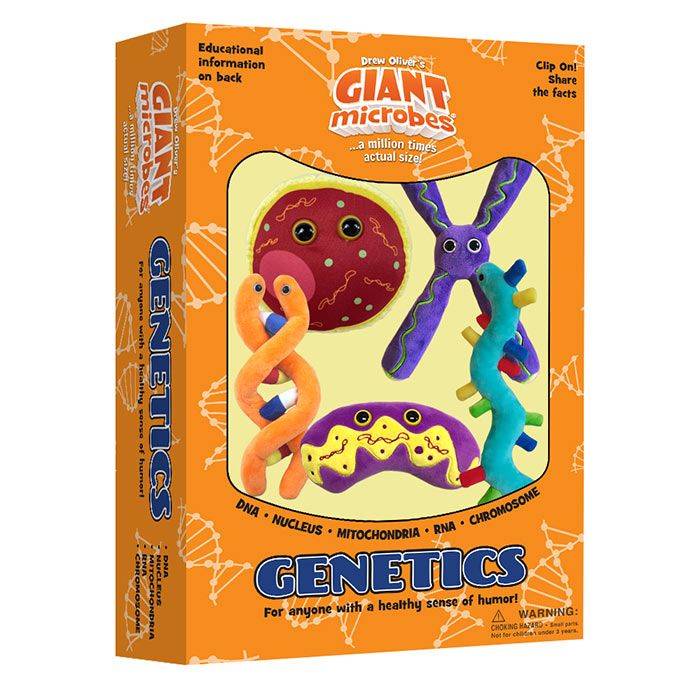 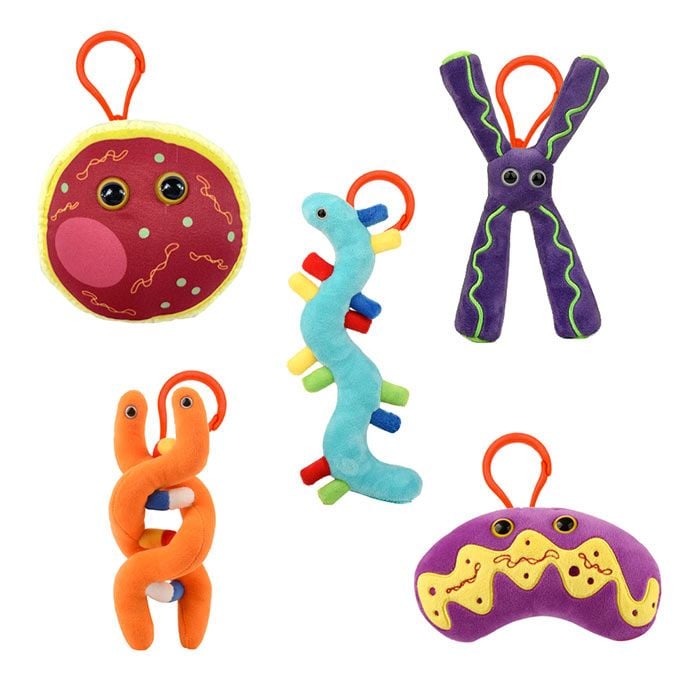 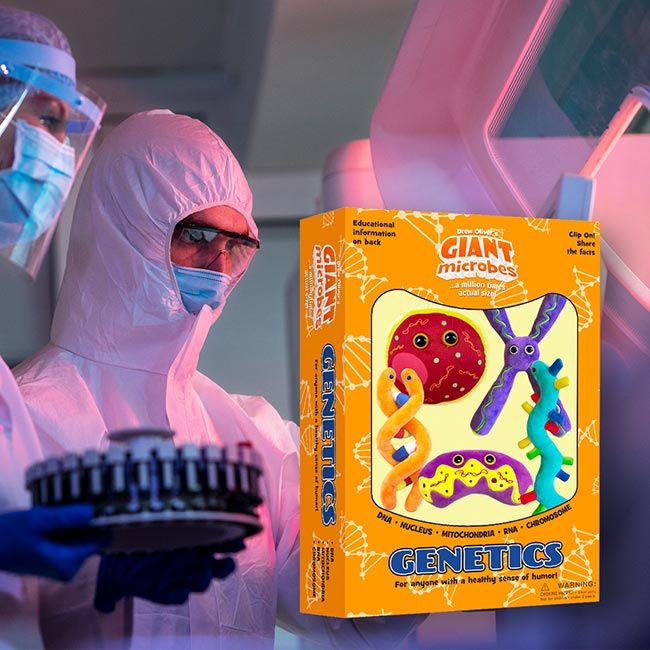 This Genetics themed box is an exciting educational gift for friends, family, scientists, healthcare professionals, and anyone who wants to know who they are and what they are made of. Appreciate that your chromosomes store your genetic information inside cells and they consist of DNA and RNA. Thank your mom and dad for your two pairs of 23 chromosomes.

DNA
Deoxyribonucleic acid, or DNA, is the amazing molecular double helix that contains the genetic codes for all known life. First identified in 1869 and accurately described in 1953, its very existence provides a new understanding about how life works.

Nucleus
The nucleus is the most prominent organelle inside the cells of animals, plants, fungi and eukaryotic microbes. Cell growth, metabolism and reproduction are all controlled by the nucleus. Enclosed by a double membrane, the nucleus contains the nucleolus and the cell’s genetic material. The nucleus is where RNA production and DNA replication occur.

Mitochondria
Mitochondria generate energy for cells and also contain DNA and RNA. Mitochondrial DNA, or mtDNA, make up a tiny portion of your body’s total DNA, but it is distinct from DNA in the nucleus. Nuclear DNA comes from both parents, but mtDNA is passed to you only from your mother. This genetic material comes from her egg cell and can establish maternal family ties.

RNA
RNA and its molecular cousin DNA are nucleic acids that carry the genetic code. RNA, or ribonucleic acid, acts as an intermediate messenger for genes, the unit of inheritance carried in DNA. DNA’s code is transcribed into RNA and then translated into proteins. RNA is typically a single strand, whereas DNA is always a double strand. RNA has recently played a starring role in vaccine technology helping to end the Covid-19 pandemic and save millions of lives.

Chromosome
Chromosomes are threadlike structures inside of cells that store genetic information. They are composed of the material chromatin, which consists of DNA, RNA and proteins. Most human cells have two pairs of 23 chromosomes, one from your mother and your father, for a total of 46 chromosomes.

The DNA within chromosomes contains the genetic code that describes the physical characteristics of every known life form.