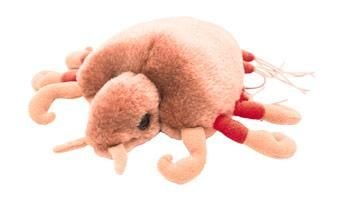 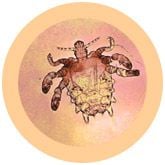 Don't let these crabs louse up your life! Learn the facts before you get bitten.

All about Crab Louse (Pthirus pubis)

FACTS: Crab lice, or Pthirus pubis, are tiny "crabs" less than 2 mm long. They can easily go unnoticed, but eventually make their presence felt by intense itching, the result of hypersensitivity to their saliva as they feed on their unfortunate host's blood.

Crab lice get their appellation from their general appearance: they possess a more or less crab-shaped body and large claws, albeit on their hind legs, with which they cling to hair. Though they favor their namesake genital habitat, they may also migrate to other regions endowed with coarse hair, such as the limbs, underarms, beard, mustache, and even eyelashes.

Unlike their “body louse” cousins, crabs are not considered to be a major health hazard, as they are not a significant vector for any disease, though that is little consolation to their hosts.

However, treatment is generally straightforward: a number of creams and shampoos containing pyrethrins or other insecticides are commercially available which effectively terminate crabs. (Unfortunately, their death grip is generally powerful enough that it may still be necessary to remove them manually.)

Although crab lice generally disperse through intimate contact, it is in fact possible to catch crab lice from clothing, bedding, or towels, as they can live for several days away from the human body. Washing clothing and bedding in a hot laundry cycle followed by a hot tumble dry – and staying clean – can prevent crab lice from clawing their way into your life.