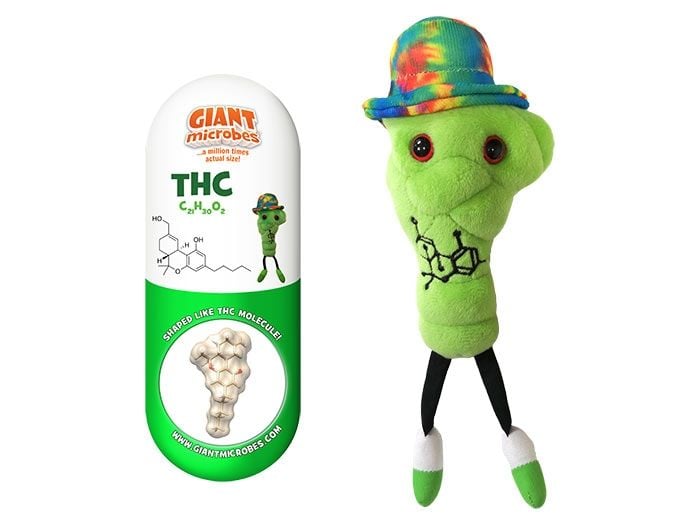 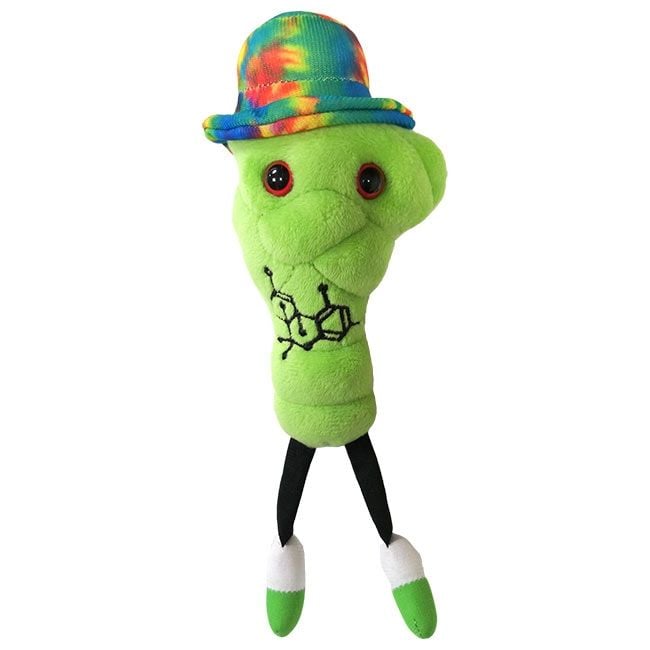 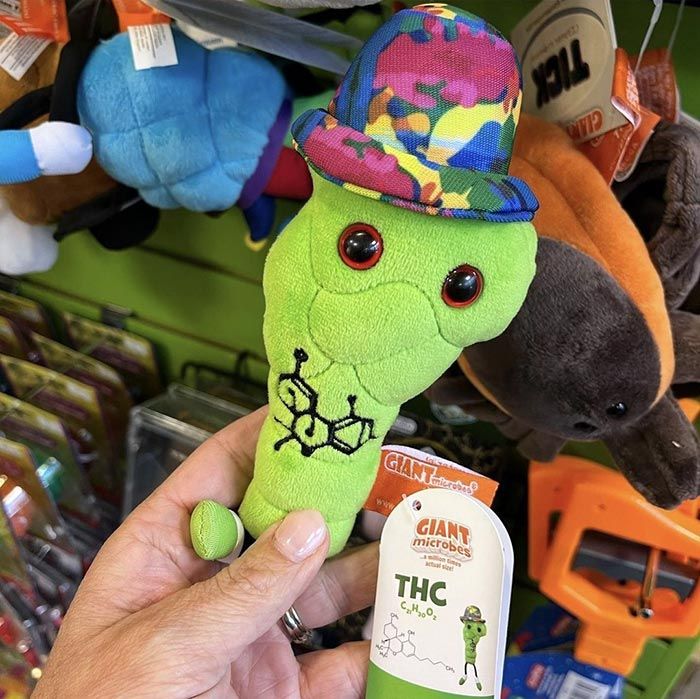 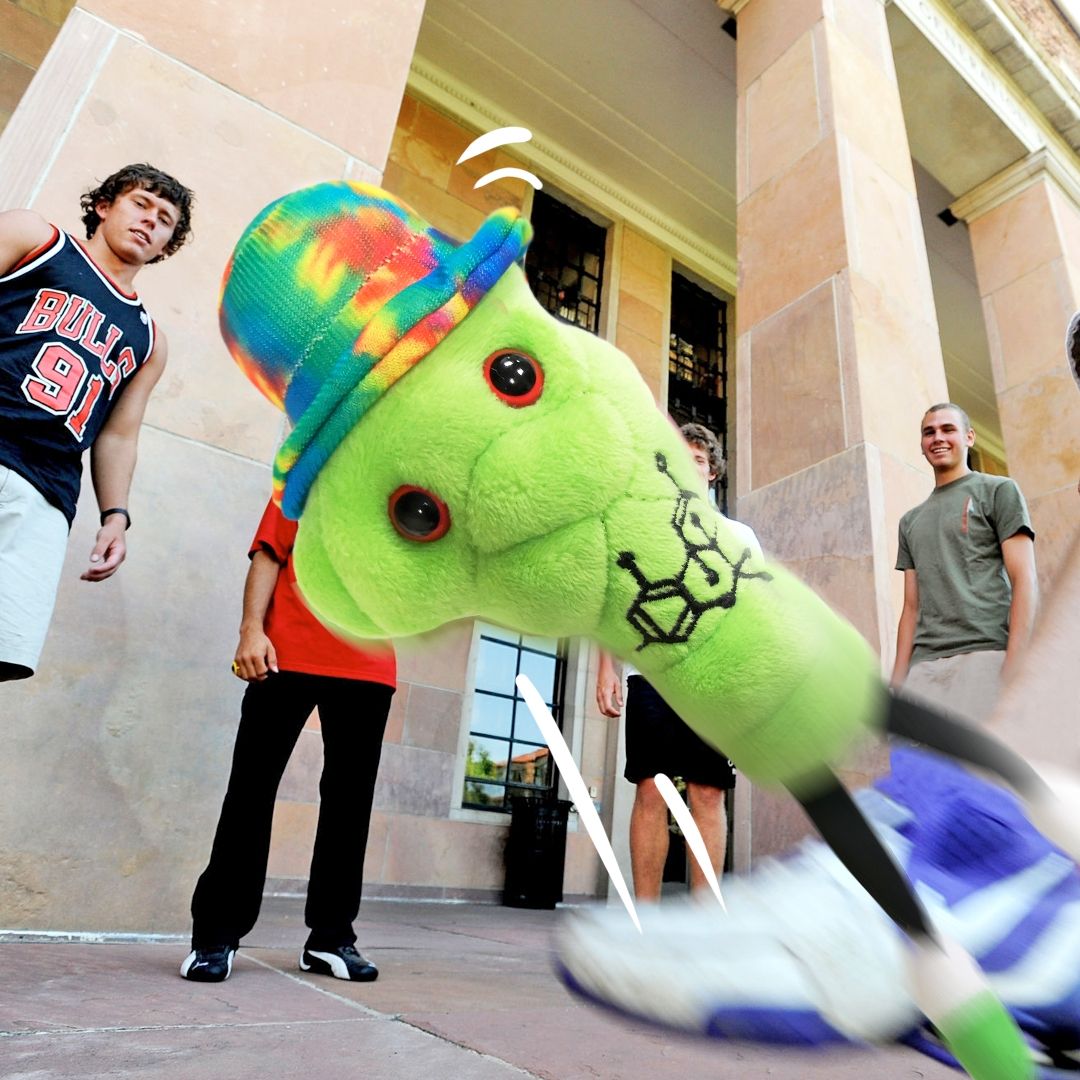 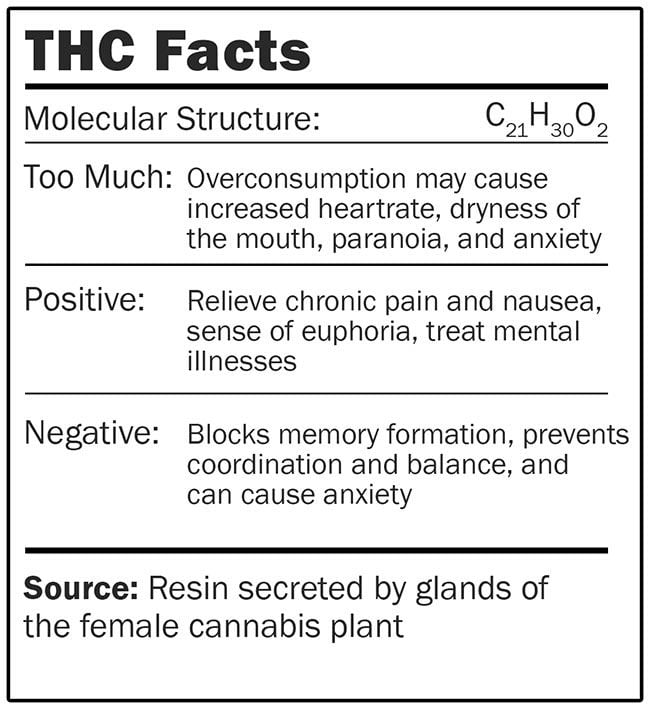 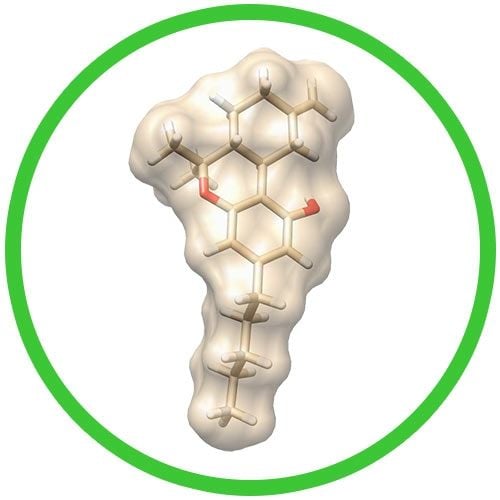 Meet your newest pal and best BUD! THC acts much like cannabinoids which are naturally produced in the body. This compound is found on the resin secreted by the cannabis plant, used medicinally for over 3,000 years.

This adorable plush representation of the actual THC molecule provides a fun hands-on-way to learn about Cannabinoids and how they affect your brain.Humorous gag gift for friends, healthcare experts, educators, scientists, and anyone interested in learning about the rich and complicated cultural and medicinal history of this substance.

All about THC (Tetrahydrocannabinol)

THC, short for tetrahydrocannabinol, acts much like cannabinoids which are naturally produced in the body. This compound is found on the resin secreted by the cannabis plant. The plant has been used medicinally for over 3,000 years. Due to the psychological effects of THC on the body, marijuana is heavily regulated or illegal in many nations. However, it is one of the most commonly used illicit drugs. As of 2019, more than half of all US states have legalized marijuana for medical use, and many have legalized its recreational use.

Cannabinoid receptors are concentrated in areas of the brain which control thinking, pleasure, memory, time perception, and coordination. The THC compound attaches to these receptors and activates them. This chemical process can neurologically alter a person’s sensory and psychological experiences. THC also interferes with the hippocampus, the part of the brain largely responsible for forming new memories. The compound also triggers the release of dopamine, creating a feeling of euphoria.

THC may be consumed through smoke, vapor, food, or drinks. It takes effect 10 to 30 minutes after consumption and normally lasts two hours, although this may vary based on the amount and variety of cannabis consumed. Thought processing becomes altered and can cause delusions and occasionally hallucinations. The long-term effects of THC are still undetermined, but the drug may hinder memory and cognition over time.

Medicinal marijuana is on the rise, and the growth of this industry is boosting the economies of states where it is legal. Marijuana’s reputation is shifting as it has become a valuable treatment for numerous health conditions and ailments. It works to reduce pain, nausea, and stress while stimulating appetite and sleep. THC is a powerful compound with a rich and complicated cultural, medicinal, and legal history. This naturally occurring drug has been used in ancient China, Egypt, and Rome, so perhaps it is not surprising that it is still popular today. Marijuana dispensaries may one day outnumber coffee shops, where millions consume a highly addictive legal substance, caffeine.