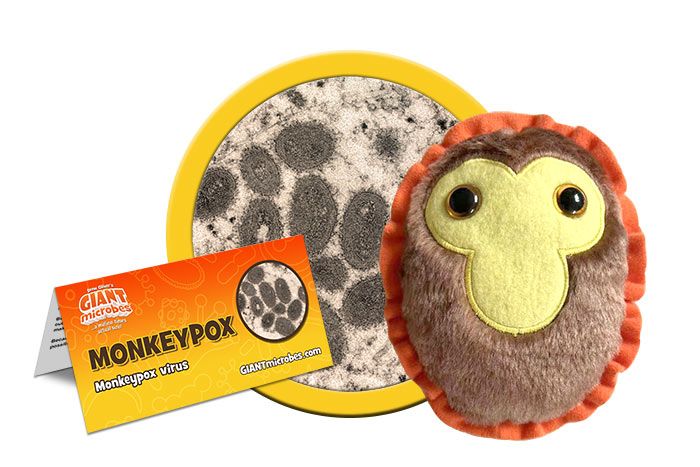 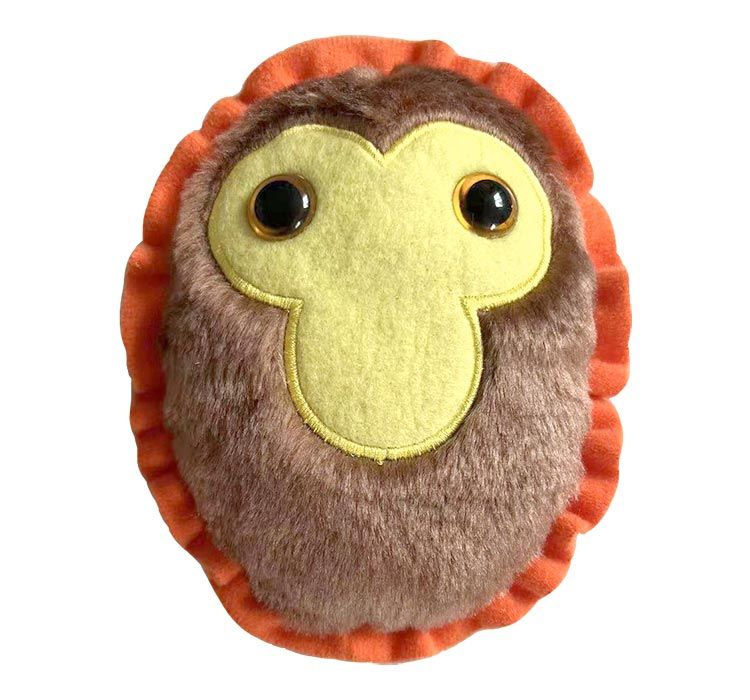 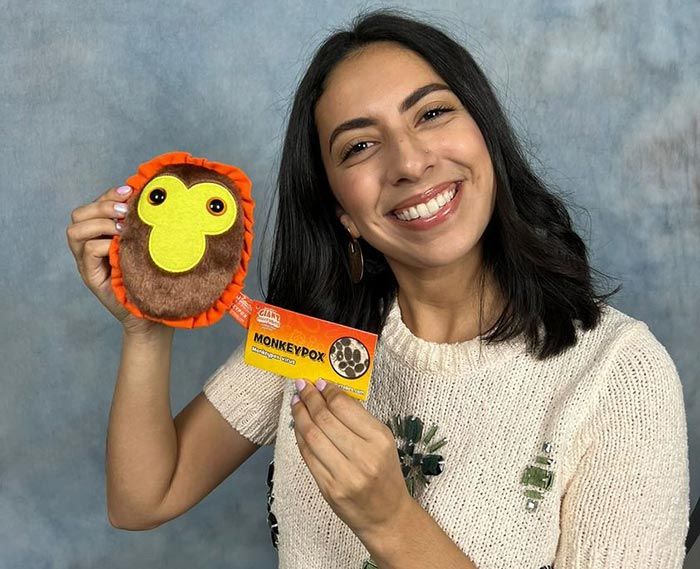 Monkeypox has caused illness in Africa for decades. But in May 2022, when cases were first identified in Europe, health officials were stumped as this disease was not known to spread easily among people. Thousands of cases have been identified in countries that don’t typically report monkeypox including the USA.

This adorable and educational plush representation of Monkeypox (renamed Mpox) provides an engaging hands-on-way to learn about microbes, science, and health. Memorable gift for family, friends, scientists, educators, public health professionals and anyone with a healthy sense of humor!

Please note: Product tags on this product will change in 2023, but the product you order now will not reflect the November 2022 World Health Organization name change to Mpox.

All about Monkeypox (Mpox virus)

FACTS: Monkeypox has caused illness and deaths in Africa for decades. But in May 2022, when cases were first identified in Europe, health officials were stumped as this disease was not known to spread easily among people. The truth is the monkeypox virus has been silently circulating among people for years. By summer 2022, thousands of cases were identified in countries that don’t typically report monkeypox including the USA.

In Africa, where the disease is endemic, the reservoir for the monkeypox virus may be the giant pouched rats, the rope squirrel or other rodents. The disease was inaccurately named for monkeys after it was first discovered in laboratory monkeys in 1958. The first human case of monkeypox was found in 1970. The World Health Organization wants to rename monkeypox amid concerns about stigma and offense to certain groups, but has no power to rename any virus. That authority belongs to the International Committee on Taxonomy of Viruses.

The monkeypox virus belongs to the Orthopoxvirus genus, which includes variola virus (the cause of smallpox), vaccinia virus (used in the smallpox vaccine) and cowpox virus. Chickenpox, another pox-like disease that displays some similar symptoms, is caused by varicella-zoster virus and is not related to monkeypox. The symptoms of monkeypox and smallpox are similar: fever, headaches, muscle aches and a body rash with fluid-filled lesions. In the recent outbreak, many monkeypox patients have genital lesions. Whereas smallpox has killed countless millions for centuries, thankfully monkeypox has a low fatality rate.

Monkeypox is believed to spread through close, intimate contact with an infected person via respiratory droplets, exposure to lesions or bodily fluids. Whether or not the virus can be sexually transmitted remains under investigation. Health experts recommend vaccination for people who have been exposed to monkeypox and those who are at higher risk of being exposed. If you have any symptoms, talk to your healthcare provider even if you don’t think you had contact with someone who has monkeypox. What should we all do when a mysterious microbe comes knocking? Start by staying calm, learning the facts, engaging the communities that are most at risk and listening to those affected by the disease.