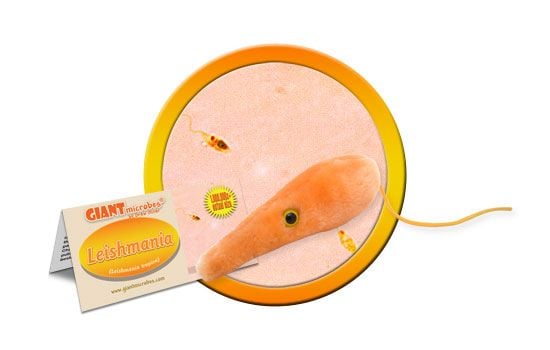 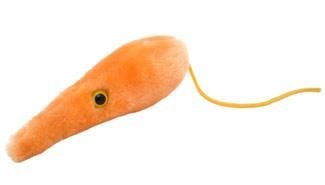 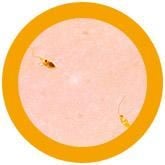 FACTS: Leishmania tropica is a tropical parasite that is primarily transmitted to humans by the bite of the sandfly. It is found in most tropical and sub-tropical countries around the world.

The most common manifestation of a leishmania infection is cutaneous leishmaniasis. It typically consists of a large skin sore originating near the site of the initial sandfly bite – though additional sores can also spread around the body. These sores can change size and appearance as they develop, but they often appear crater-like with raised edges. When the sores form in the soft tissues of the nose and mouth, severe damage and disfigurement can result.

A less common, but even more serious, form of leishmania infection is visceral leishmaniasis – or kala-azar, meaning Black Fever in Hindi. This manifestation is internal, and a greatly enlarged spleen and liver is one of the primary hallmarks of the disease, as well as fever, fatigue, and anemia.

In fact, it was while examining smears from an enlarged spleen that Scottish pathologist William Bogg Leishman first observed the parasite responsible for the disease in 1901. However, because Charles Donovan made a similar discovery before Leishman published his findings in 1903, the name Leishmania donovani was bestowed upon the kala-azar-causing creature to honor them both.