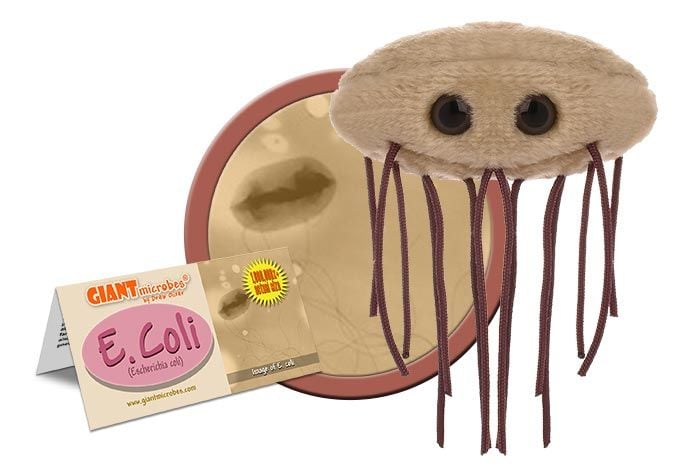 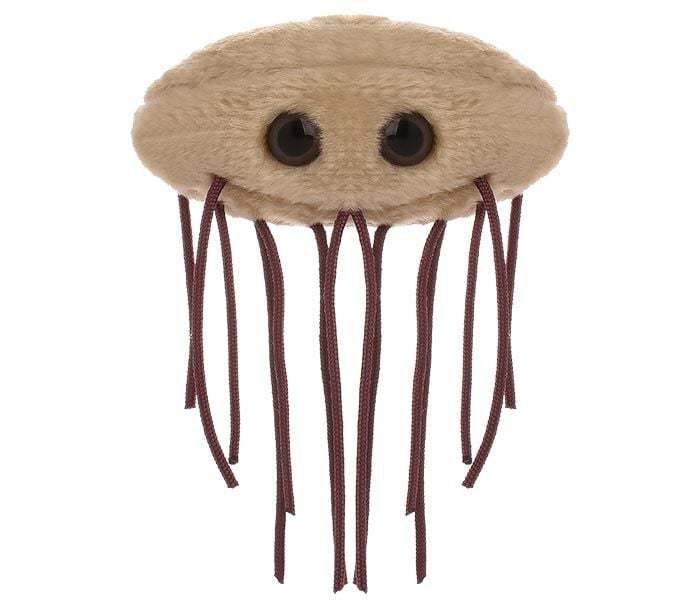 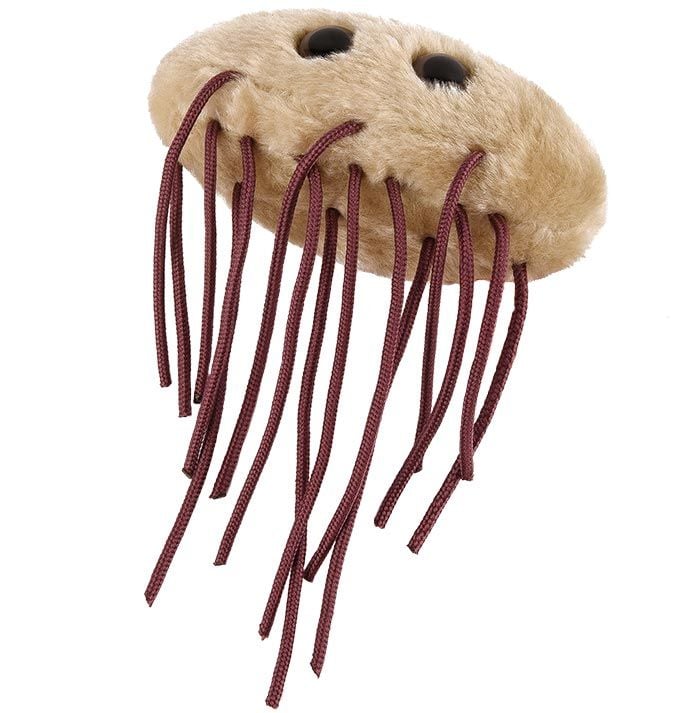 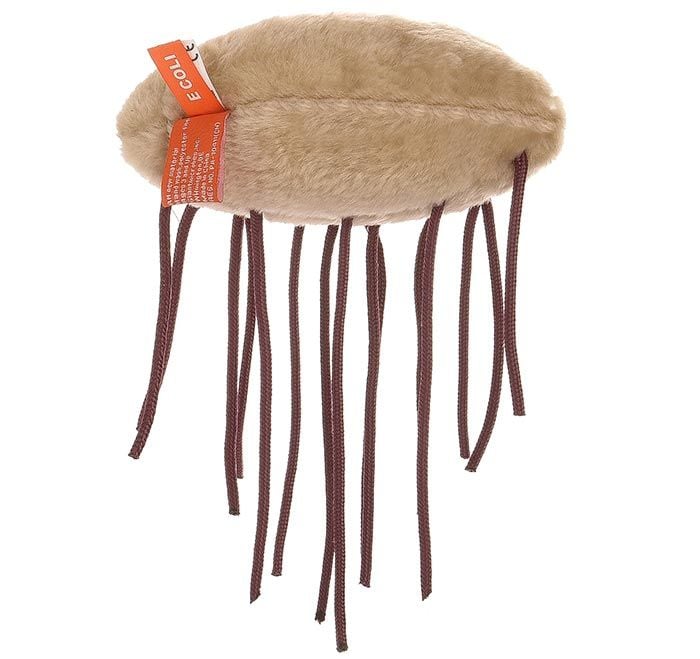 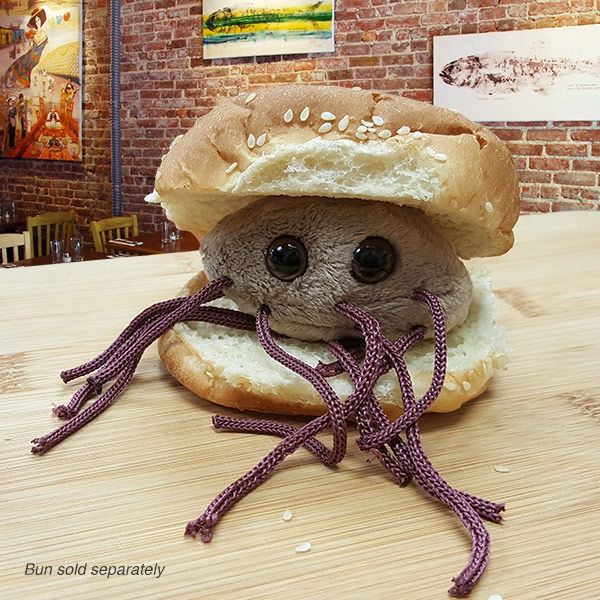 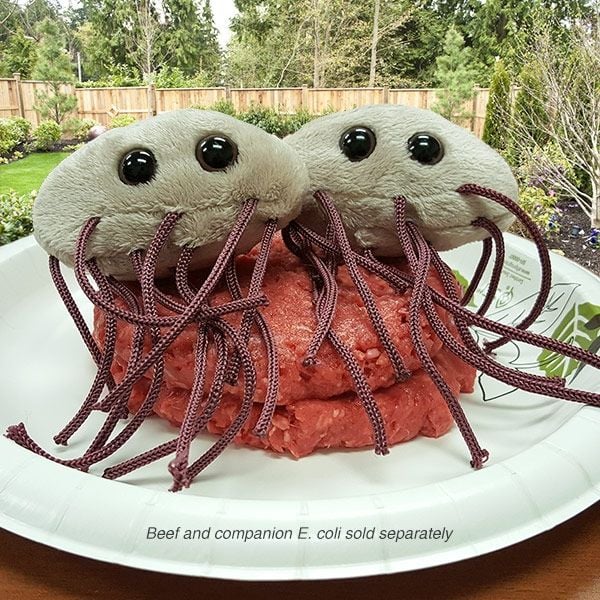 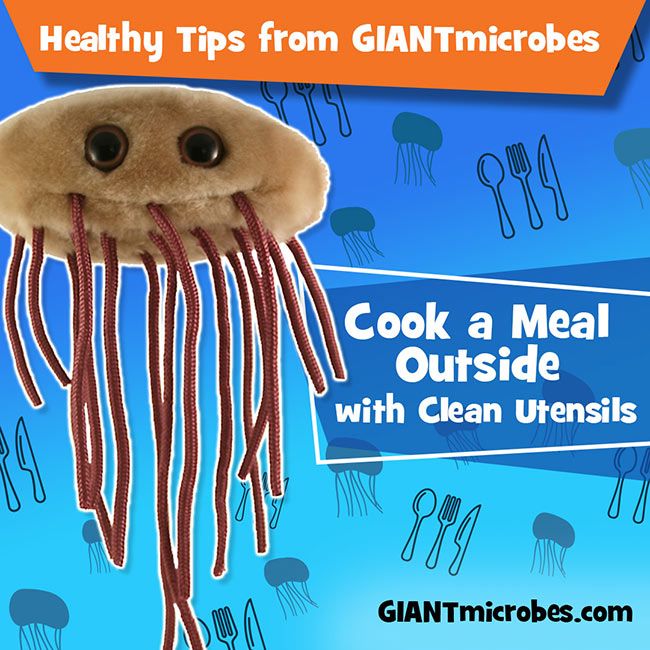 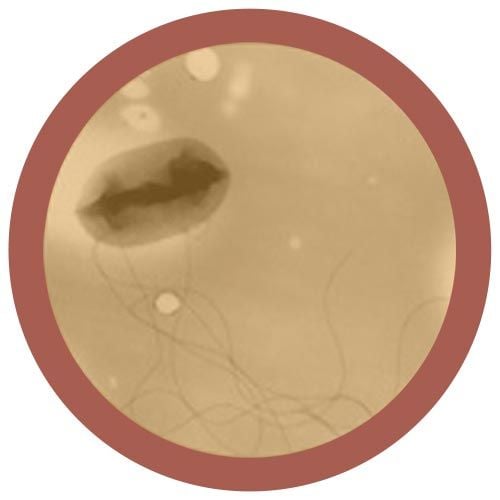 Everyone's welcome at a barbecue. Or are they?

All about E. coli (Escherichia coli)

FACTS: The Escherichia coli bacterium was identified in 1885 by Austrian physician Theodor von Escherich. Its peritrichous flagella (the hairs which can sprout anywhere on its body) can twirl around, propelling it forward at the bacterial-equivalent speed of a torpedo.

Many strains of E. coli are harmless, and huge numbers are present in the human and animal gut. In addition, E. coli is among the most studied of all creatures great and small. Not only is it ubiquitous, but it is simple to cultivate. Under ideal conditions it can divide every 20 minutes; a single cell can become over a billion in less than 10 hours!

Nevertheless, E. coli can also escape the confines of the human and animal intestinal tracts and cause both urinary and serious abdominal infections. And of course, certain strains (such as the infamous O157:H7) can cause food poisoning as well.

Though E. coli outbreaks have been attributed to a variety of causes (such as unpasteurized milk and contaminated water) undercooked ground beef is among the most common causes. Contamination typically occurs at the slaughterhouse, when cattle’s internal bacteria are inadvertently brought into contact with the beef’s surface. The grinding process then distributes the bacteria throughout the beef, where it is more likely to be undercooked.

Because E. coli contamination requires very few bacteria, contaminated meat looks and smells normal. So, if you’re a carnivore, the surest way of avoiding a close encounter with E. coli is to cook your meat thoroughly – and have your steak tartare well-done. E. gads!