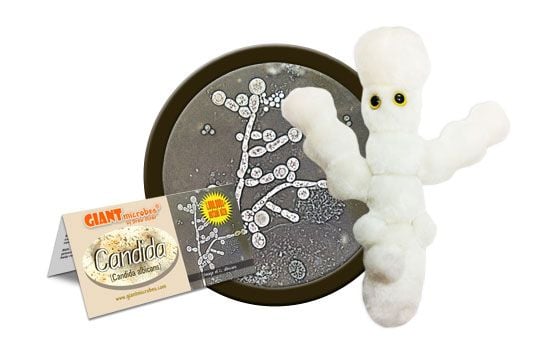 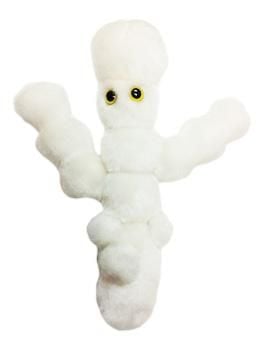 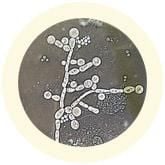 Candida is the most common infectious fungus. It's responsible for oral thrush, skin rashes and even systemic candidiasis. Another tenacious strain, Candida auris, is a superbug spreading across the globe. This Candida can be deadly since it is resistant to antifungal drugs!
Skip to the end of the images gallery
Skip to the beginning of the images gallery

All about Candida fungus

FACTS: Candida is a common infectious fungus that usually live in harmony with human beings. Strains such as C. albicans live in over 80% of the population. It is a stolid member of the community of microorganisms normally found on the skin and in the mucous membranes and gastrointestinal tract. Another strain called C. auris is tenacious and sometimes deadly. It is a new example of one of the world's most intractable health threats: the rise of drug-resistant infections.

C. auris is a superbug fungus along the likes of the infamous MRSA bacteria. This Candida strain is impervious to major antifungal medications. It preys on people with weakened immune systems, and since the year 2010 has been spreading around the globe. Candida made global headlines in 2019 as lethal infections are adding alarming dimensions to the dangers of overusing medications. Over 500 C. auris infections have been reported in the US, and outbreaks are on the rise in Europe, Australia, Latin America and Asia as well.

C. albicans is a more passive strain of the fungus. It can develop territorial ambitions and transform from a quiet unicellular organism into an aggressive multi-cellular filamentous form. The result is candidiasis, commonly manifested as oral thrush, inflamed skin (such as observed in diaper rashes or compromised fingernails), or a genital yeast infection.

C. albicans infections can be provoked by such factors as a compromised immune system (whether from illness or stress), dietary changes, medical treatments or even alterations in hygienic routines that disrupt the normal balance of microorganisms.

These infections exhibit a distinctive whitish color. (Indeed, the name Candida albicans redundantly means “white white,” as candida derives from the Roman custom of “candidates” for political office wearing white to demonstrate their purity, and albicans “to be whitish.”). Except in extreme cases, such as found in bloodstream-impacting systemic candidal disease, C. albicans infections are not dangerous and often self-resolve. Still, a variety of treatments from home remedies and topical creams to prescriptive medication are available which can expedite the process and help restore your corporeal community to a state of tranquility and purity.

Like many fungi in the world, Candida is not well known or talked about, but it can wreak havoc and should not be underestimated. The superbug version of Candida has been described as a creature from the black lagoon that bubbled up and now it's everywhere!