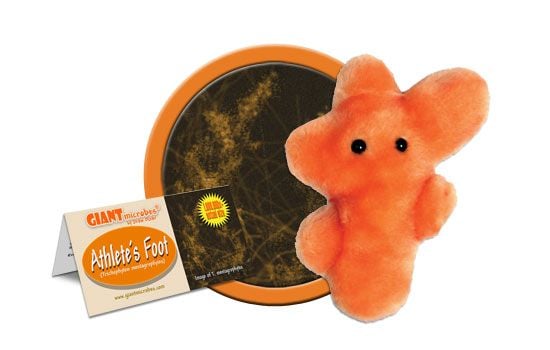 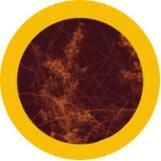 All about Athlete's Foot (Trichophyton mentagrophytes)

In ancient times, athlete’s foot was attributed to insect bites. (In medical Latin it's called tinea pedis, or foot larvae.) However, in the 19th century a team of scientists discovered that microorganisms were responsible! Although a variety of fungi can cause foot rashes, Trichophyton mentagrophytes cause the itchy, cracked skin typically found between the fourth and fifth toes.

Athlete’s foot is the most common fungal skin infection. While it is particularly prevalent among adolescent boys and men, nearly 70% of the population will have to wrestle with the infection at some point. Fortunately there are numerous powders and creams that can help even the score – though in the most severe cases, prescription medication may be required to deliver the knockout punch.

Of course T. mentagrophytes don’t only pick on jocks! But they do love the warm, moist environment found in locker rooms and pool areas – and between your toes. Shoes and sneakers also play a large role in creating the cozy conditions where the fungus thrives: it is virtually unheard of in places where people go barefoot.

Even so, if you catch it, be a sport – and don’t go barefoot!