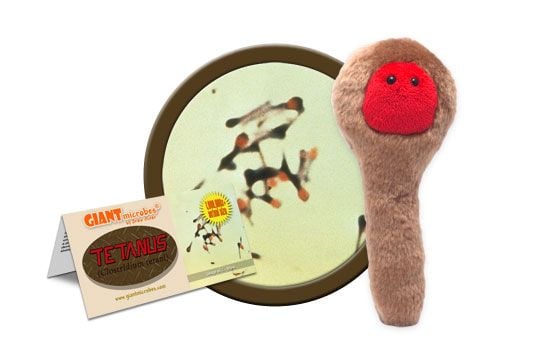 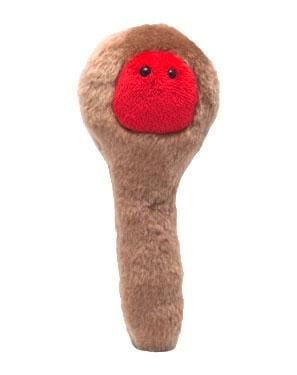 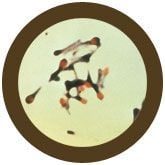 Do you want to know why you shouldn’t step on a rusty nail? Because it hurts – a lot! Even if you don’t get Tetanus. Good reminder to get vaccinated and keep your booster shots up to date.

All about Tetanus (Clostridium tetani)

FACTS: Tetanus (from the Greek word “to stretch”) is a lethal infection most commonly contracted after suffering a cut or wound, prototypically from a rusty nail. The rust is pathogenically incidental, except in so far as it provides a suitable low-oxygen habitat for the Clostridium tetani bacterium – and the point of the nail certainly facilitates the introduction of the disease into the body. However, C. tetani spores are ubiquitous, and are particularly prevalent in agricultural areas. (They can even be readily found dormant on the surface of the skin.)

Spasms in the jaw muscle, or lockjaw, are often an early symptom of infection. Indeed, a “spatula” test – prodding the back of the mouth with a soft instrument – which prompts a jaw-bite instead of a gag-reflex is a common indicator of infection. Extreme muscle contractions (or stretching) later occur throughout the body, often of such strength that muscles are torn.

Tetanus bacteria are extremely virulent and the mortality rate of a tetanus infection is high. Fortunately, tetanus is not contagious from person to person – and there are vaccines which can protect against infection.

However, in order to maintain the full effectiveness of the vaccine, booster shots are required every ten years. Where the immunization history is uncertain, booster shots can be administered after a wound is suffered as a precautionary measure. But because it can take up to two weeks to develop the antibodies that confer immunity, it is important to keep your shots up to date – or that rusty nail may put you on the rack.