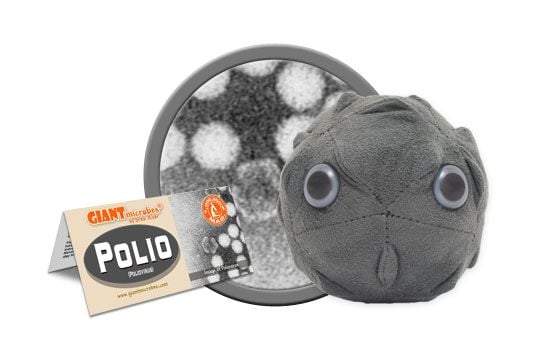 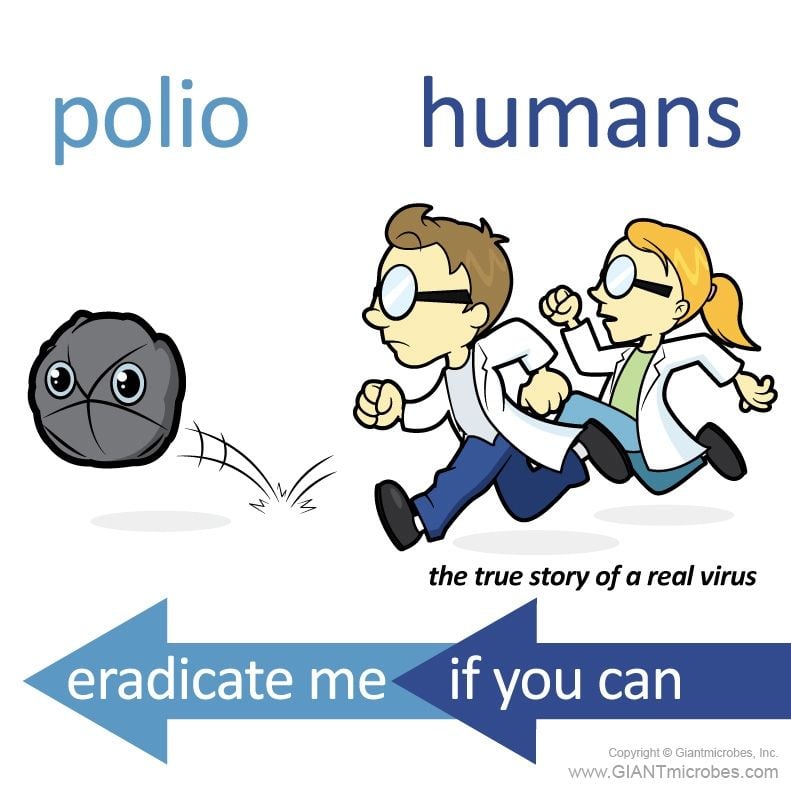 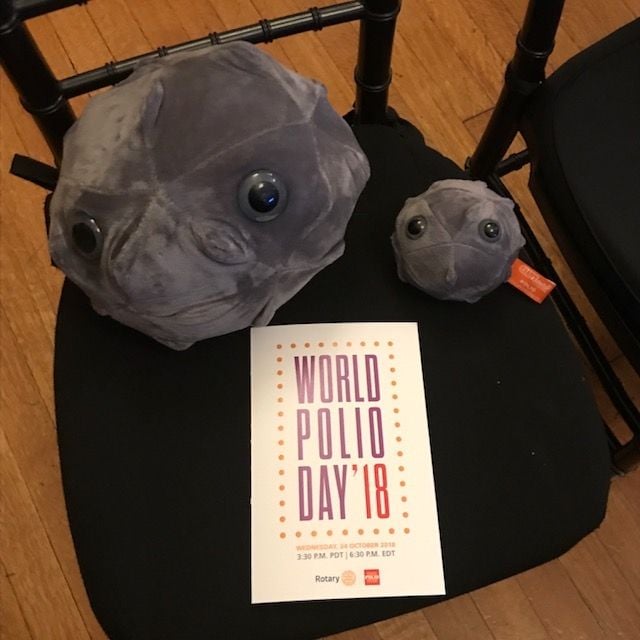 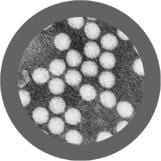 Polio loomed over the 20th century. While it was often asymptomatic, polio could cause paralysis. FDR contracted polio yet still became President. Thanks to a global eradication initiative, polio is near its end!

Your purchase supports Rotary International’s priority to End Polio Now by reaching every child with the polio vaccine. Thanks to the Bill & Melinda Gates Foundation, your contribution will be tripled. $1 from your purchase will be donated to Rotary. With the Gates matching gift, this $3 donation will protect a child for life against the poliovirus.
Skip to the end of the images gallery
Skip to the beginning of the images gallery

All about Polio (Poliovirus)

FACTS: Although paralytic diseases have existed for ages, polio was the scourge of the early part of the 20th century. Ironically, up to 99% of the time, polio is asymptomatic, abortive, or non-paralytic, producing no symptoms, flu-like symptoms, or light-sensitivity and neck-stiffness. However, the petrifying consequences of paralytic polio (often spread during the summer months) were withered legs, paralyzed chest muscles, and in the worst cases, immersion into an “iron lung” breathing-machine. Though the illness passed after a few weeks, the paralytic effects could persist.

One theory suggests that modern sanitation may have actually helped trigger the epidemic of paralytic polio. Improved sewage systems greatly reduced incidents of the infant polio that confers immunity but tends to be non-paralytic. As polio was contracted in historically large numbers later in life, incidents of paralytic polio greatly increased.

Early vaccines developed during the 1930’s proved ineffective: indeed, a number of participants in the vaccine trails ended up developing polio. But in the late 1940’s, former flu-vaccine researcher Jonas Salk took up the task of developing a polio vaccine. By the early 1950’s, large-scale vaccine trials involving nearly 2 million children were being performed. On April 12, 1955 the success of the vaccine trials was announced to wide-spread acclaim. By 1957, polio cases in the United States had dropped by 90%.

Though most of the world is polio-free (with only a handful of cases recorded annually), wild poliovirus is still being reported in Pakistan and Afghanistan. Nevertheless, continued efforts to promote vaccination promise one day to paralyze polio. Permanently.