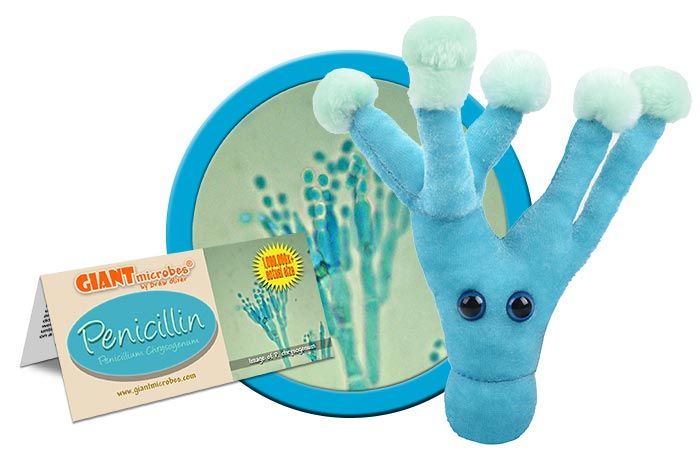 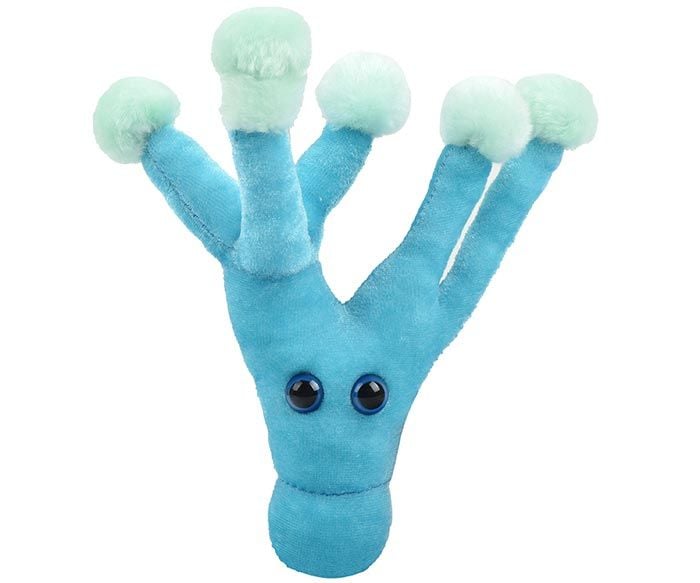 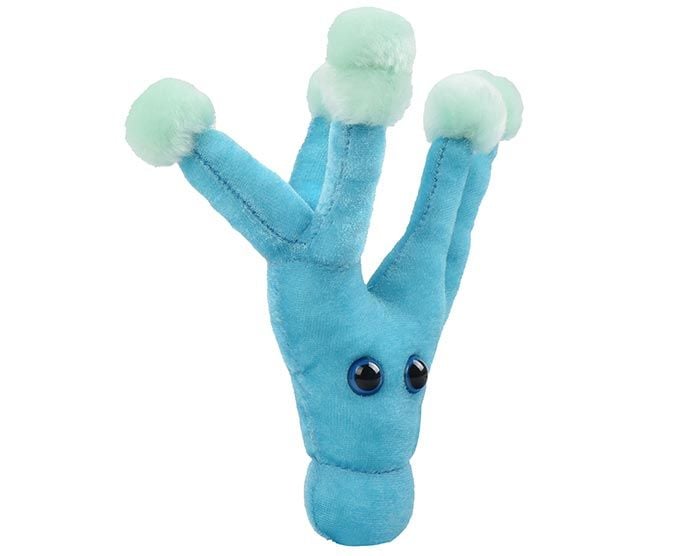 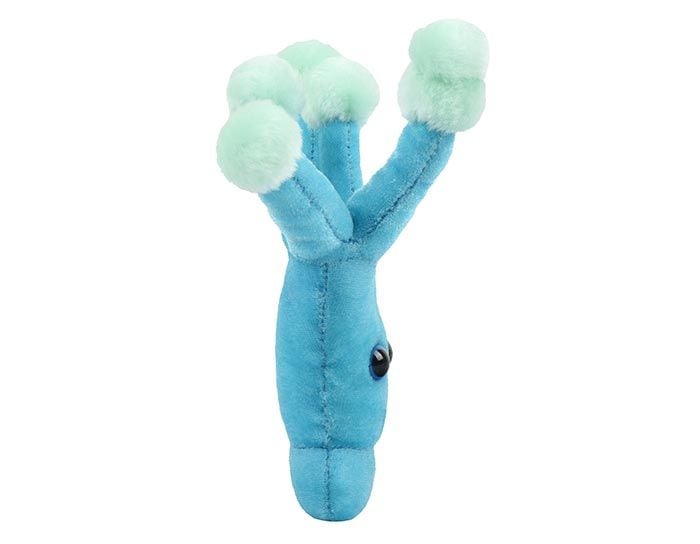 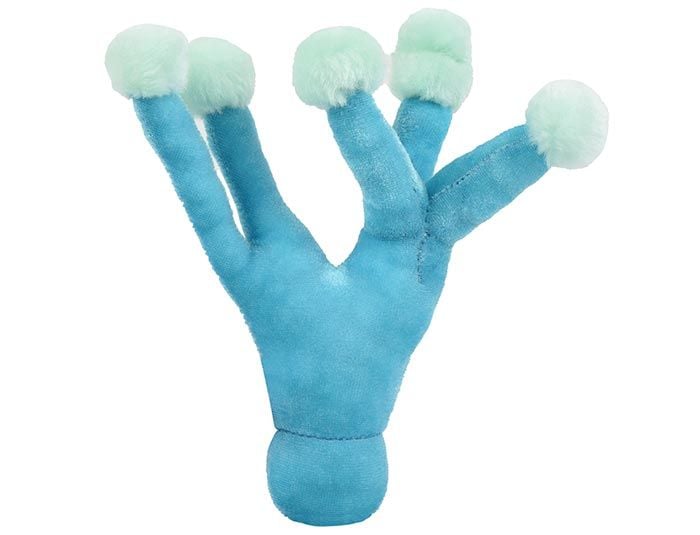 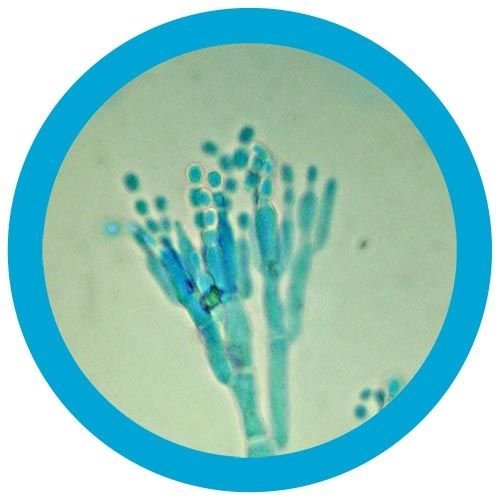 Meet the little blue fungus that changed the world. This medical miracle is perfect for anyone who is under the weather! This adorable plush representation of Penicillin provides a fun hands-on-way to learn about health, biology, antibiotics and how they fight harmful bacteria.

This memorable and unique get well gift will bring joy to friends and loved ones, and a fun learning gift for students, scientists, educators, doctors, nurses and anyone with a healthy sense of humor.

All about Penicillin (Penicillium chrysogenum)

FACTS: Technically, all that penicillin does is to inhibit the enzyme transpeptidase in gram-positive bacteria preventing the crosslinking of the peptidoglycan polymers and impairing the generation of cellular walls. But that is enough to change the world!

It is commonly known that Scottish scientist Alexander Fleming discovered the antibacterial effects of Penicillium (from the Latin for paintbrush, Penicillium the mold produces penicillin the antibiotic agent) in 1928. He returned to his lab after a long-weekend and noticed that the growth of Staphylococcus aureus bacteria in a petri dish he had forgotten to clean was constrained.

What is less well known is that Penicillium’s special aptitudes had been noticed by a French medical student named Ernest Duchesne in the late 1890’s – and indeed, that the properties of molds had attracted the attentions of a number of scientists in the proceeding decades. In fact, the ancient Egyptians and Chinese rubbed moldy breads and soybean curbs on skin infections thousands of years ago!

Fleming was never able to isolate the penicillin agent, and it was not until World War II, when the hope of treating injured soldiers spurred antibiotic research, that Howard Florey and Ernst Chain managed to do so. However, not all strains of Penicillium produce penicillin equally well (or at all). Commercial production of the miracle drug was limited until an exceptionally productive strain of Penicillium was discovered on a moldy cantaloupe melon from a market in Peoria, Illinois.