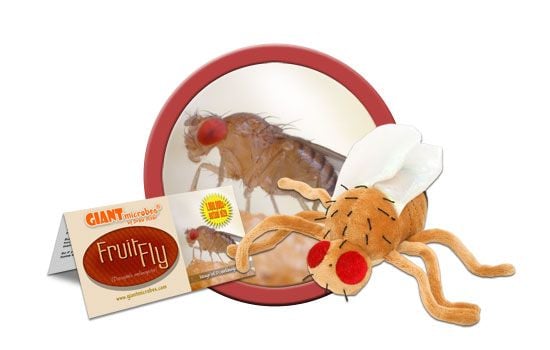 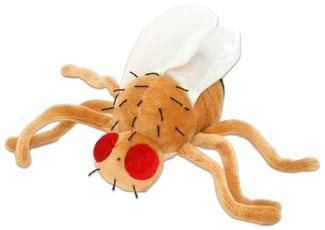 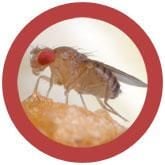 All about Fruit Fly (Drosophila melanogaster)

FACTS: The common fruit fly was elevated to iconic laboratory status in 1901 by Charles W. Woodworth when he bred them on grapes for use in his embryology studies at Harvard. Fellow researcher W. E. Castle later used them at Woodworth's suggestion (though bred on bananas after too many drowned in the grape juice!), as did Thomas Hunt Morgan who made the fruit fly the centerpiece of his seminal work on genetics. It is now one of the most widely studied model organisms.

Fruit flies are well suited to experimental research. Under certain conditions, they can mature from egg to adult in 7 days - so several generations of flies can be examined in less than a month. In addition, because females can lay 100 eggs a day, specimens are easy and inexpensive to obtain. Moreover, males and females are readily distinguished by their size and coloration, and have only four chromosomes with identifiable genetic markers.

While getting to know the fruit fly is certainly its own reward, many researchers are understandably primarily interested in themselves. And since nearly 75% of human disease genes have analogous sequences in the fruit fly genome, the fly is being used in studies covering everything from Alzheimer's to Parkinson's disease to diabetes and cancer, as well as on projects related to aging, immunity, and drug abuse.

But of course, fruit flies are also interested in us: they are often found hovering over fruit, soda cans, and other rotting foods found on casually maintained kitchen countertops.

So if you're not collecting them for research, best to clean up before your home becomes their lab.