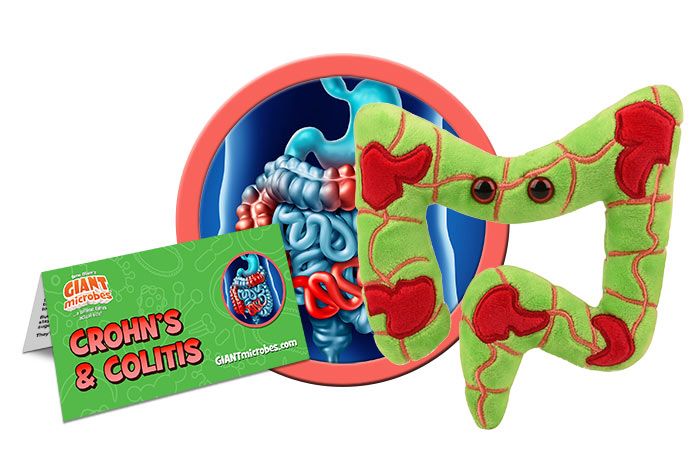 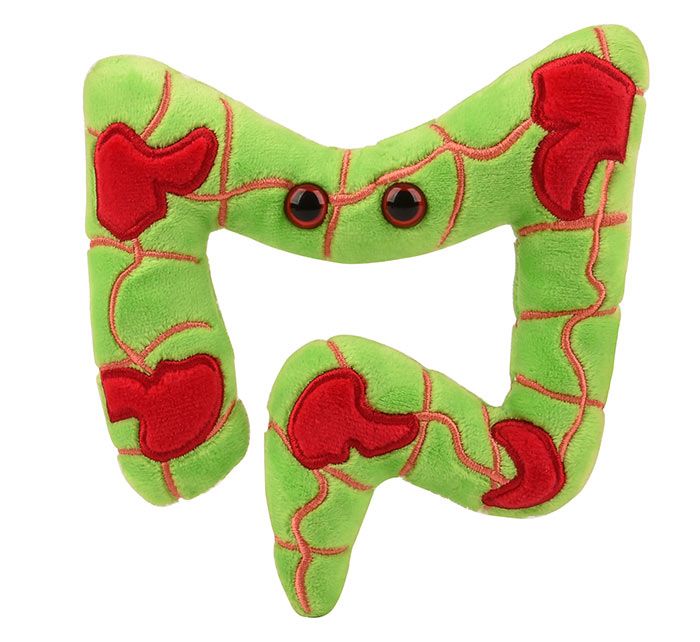 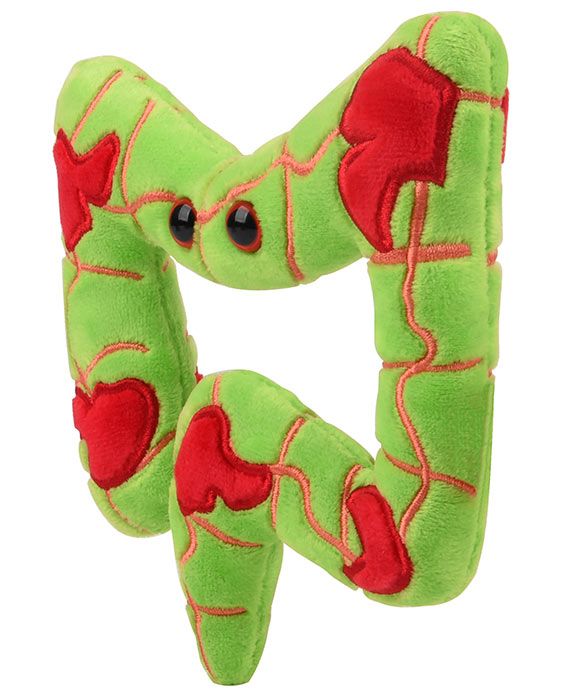 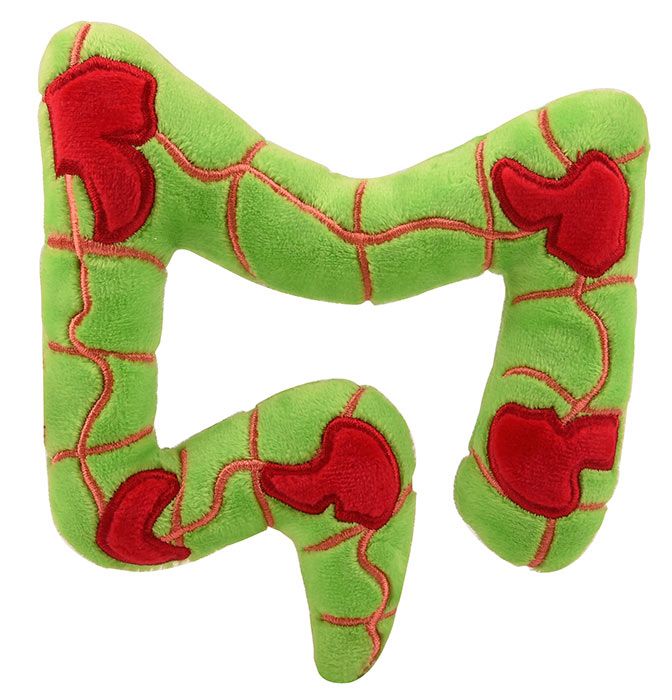 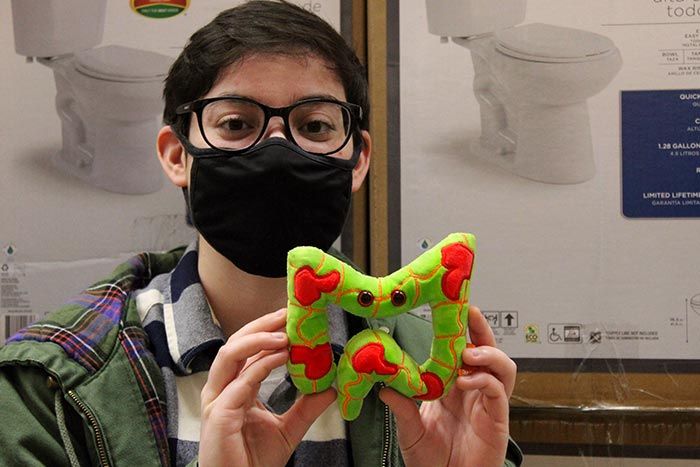 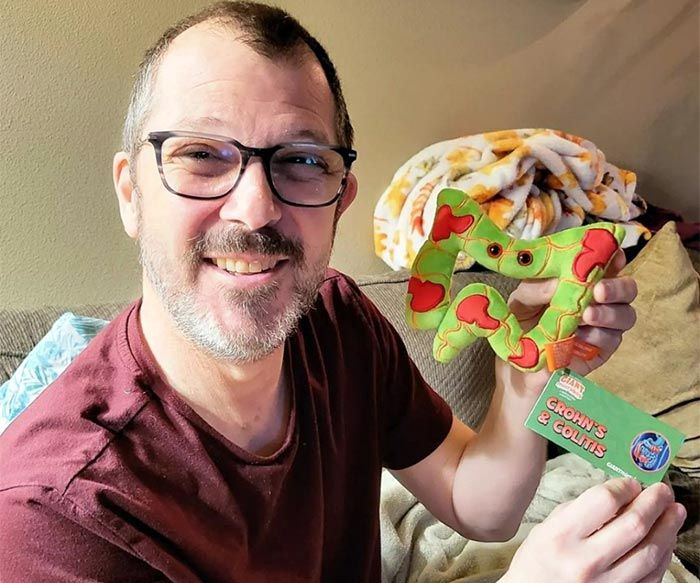 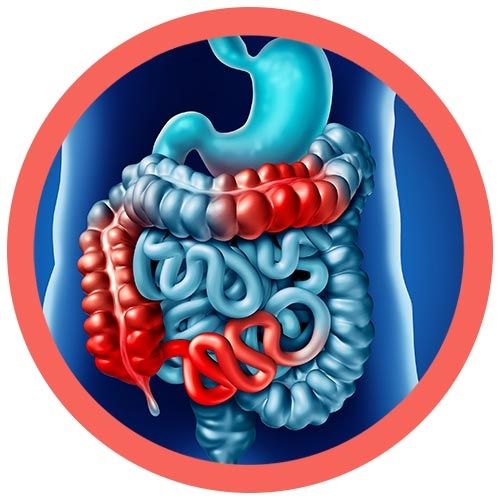 This unique plush Colon representing Crohn’s Disease and Colitis provides a hands-on-way to learn about digestive health and these chronic illnesses. GIANTmicrobes Crohn’s & Colitis is a soft, cuddly and is a memorable get well gift for friends and loved ones. Give a soft touch and good feeling to those with GI issues.

Crohn’s disease and ulcerative colitis are chronic diseases characterized by inflammation of the digestive tract. Often marked by an abnormal immune response that involves an interaction between genes, environmental factors, the immune system and an alteration in the gut microbiome. 10% of your purchase will be donated to the Crohn's & Colitis Foundation, dedicated to finding cures and improving the quality of life of those affected by these diseases.

All about Crohn's & Colitis

FACTS: Crohn’s disease and ulcerative colitis are chronic diseases characterized by inflammation of the digestive tract. Inflammatory Bowel Disease (IBD) is an umbrella term that includes these two major gut disorders. IBD is often confused with another common gastrointestinal condition known as irritable bowel syndrome, or IBS. Although IBS and IBD share similar names and certain symptoms, they are distinct disorders. The major difference is that IBS does not cause inflammation.

Crohn’s disease and ulcerative colitis are both marked by an abnormal immune response that involves an interaction between genes, environmental factors, the immune system and an alteration in the gut microbiome. These diseases have many similar symptoms including chronic pain, diarrhea, weight loss and fatigue. Differences include the location (Crohn’s is not limited to the gut) and the way each disease responds to treatment. Medicines, changes in diet and surgeries are disease management strategies, but patients will experience periods of remission and relapse.

Inflammatory Bowel Disease has been around for centuries, but over the past few decades rates have soared to millions of patients. Scientists are researching causes and new treatment options. The gut microbiome is a fascinating topic of this research. No single microbe is at fault, rather the community of microbes may have shifted into an unhealthy state. IBD patients tend to have a less diverse and less stable gut microbiome than healthy people. IBD is associated with fewer anti-inflammatory microbes, such as B. fragilis, and more inflammatory species that provoke the immune system, such as invasive strains of E. coli. One day soon we may be able to restore good digestive health by manipulating each patient’s personal microbiome.