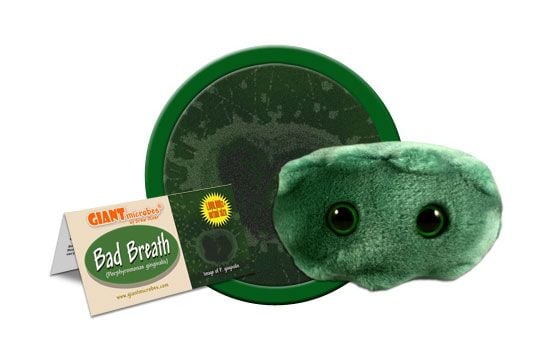 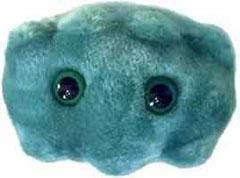 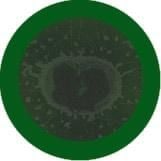 All about Bad Breath (Porphyromonas gingivalis)

FACTS: Many people believe that bad breath, or halitosis, is caused by gas rising up from the stomach – particularly after eating onions or spicy foods. In fact, most cases are caused by microbes such as Porphyromonas gingivalis!

Between three and four hundred types of microbes typically call the human mouth home. Most are harmless. But a few produce “volatile sulfur compounds.” These compounds, such as hydrogen sulfide – which smells like rotting eggs – give bad breath its characteristic odor. (Other oral bacterial by-products include cadaverine and putrescine, which are typical of rotting corpses and rotting meat!)

VSC-producing bacteria are generally present in inoffensive quantities. However, as oxygen levels in areas of the mouth are reduced – behind layers of plaque or food, for instance – these anaerobic bacteria thrive. Furthermore, as VSC-levels increase, the pH of the mouth is reduced, which creates the sour, metallic taste experienced by halitosis sufferers!

So what can you do about Porphyromonas gingivalis? Brush and floss, of course. Oh, and avoid onions and spicy foods: they’re very high in sulfur content.