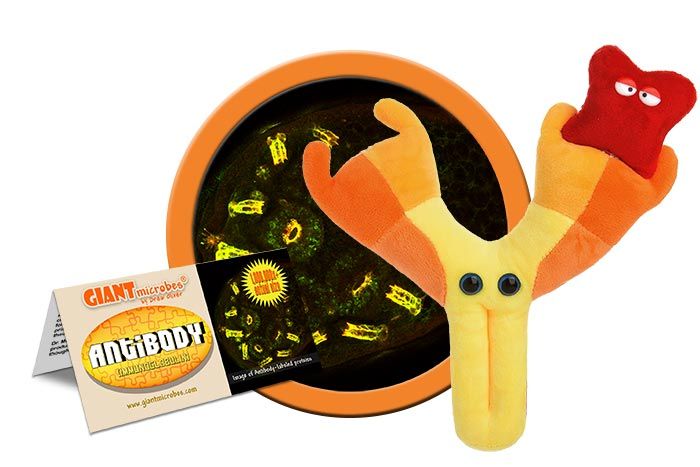 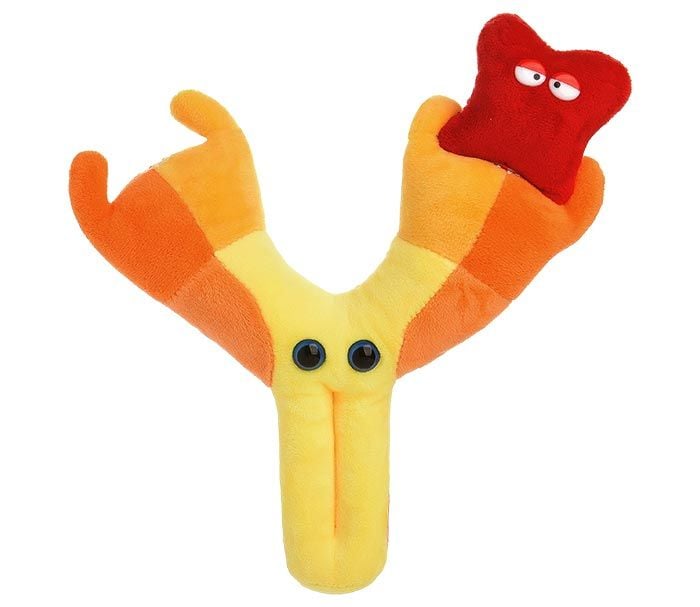 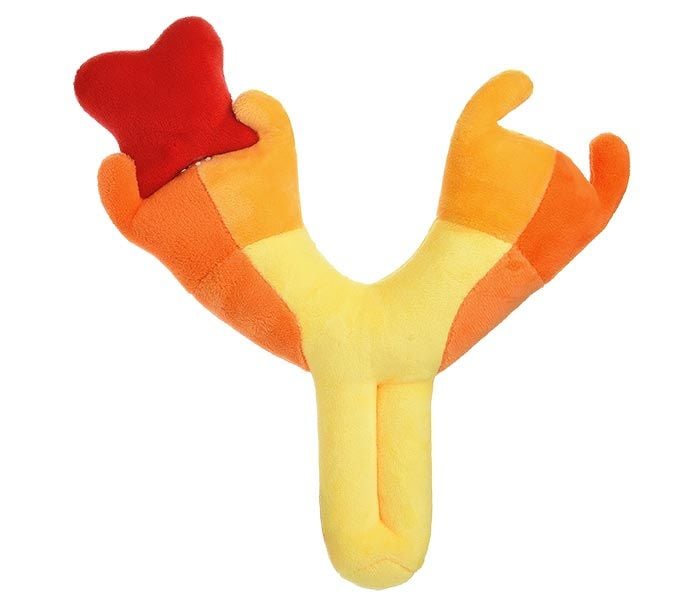 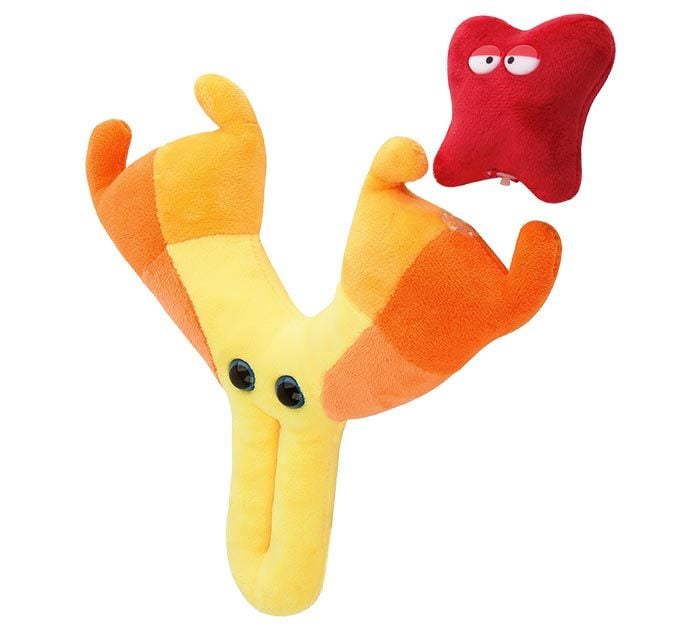 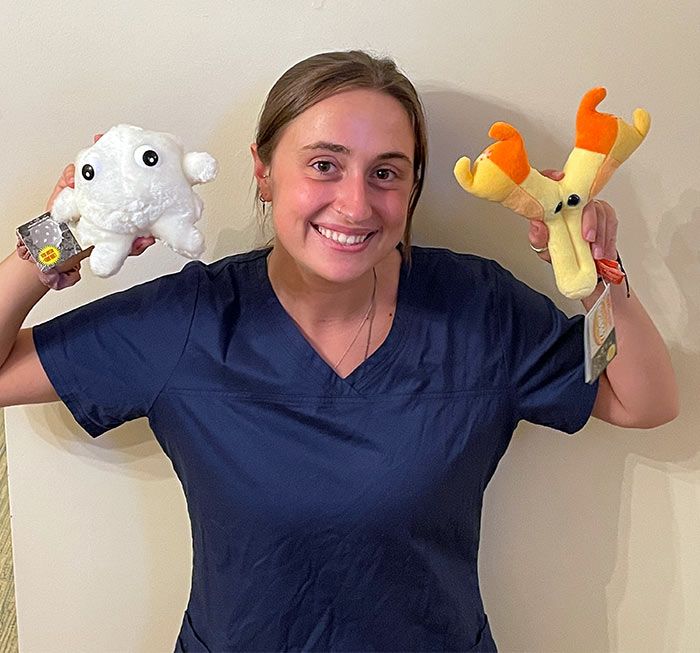 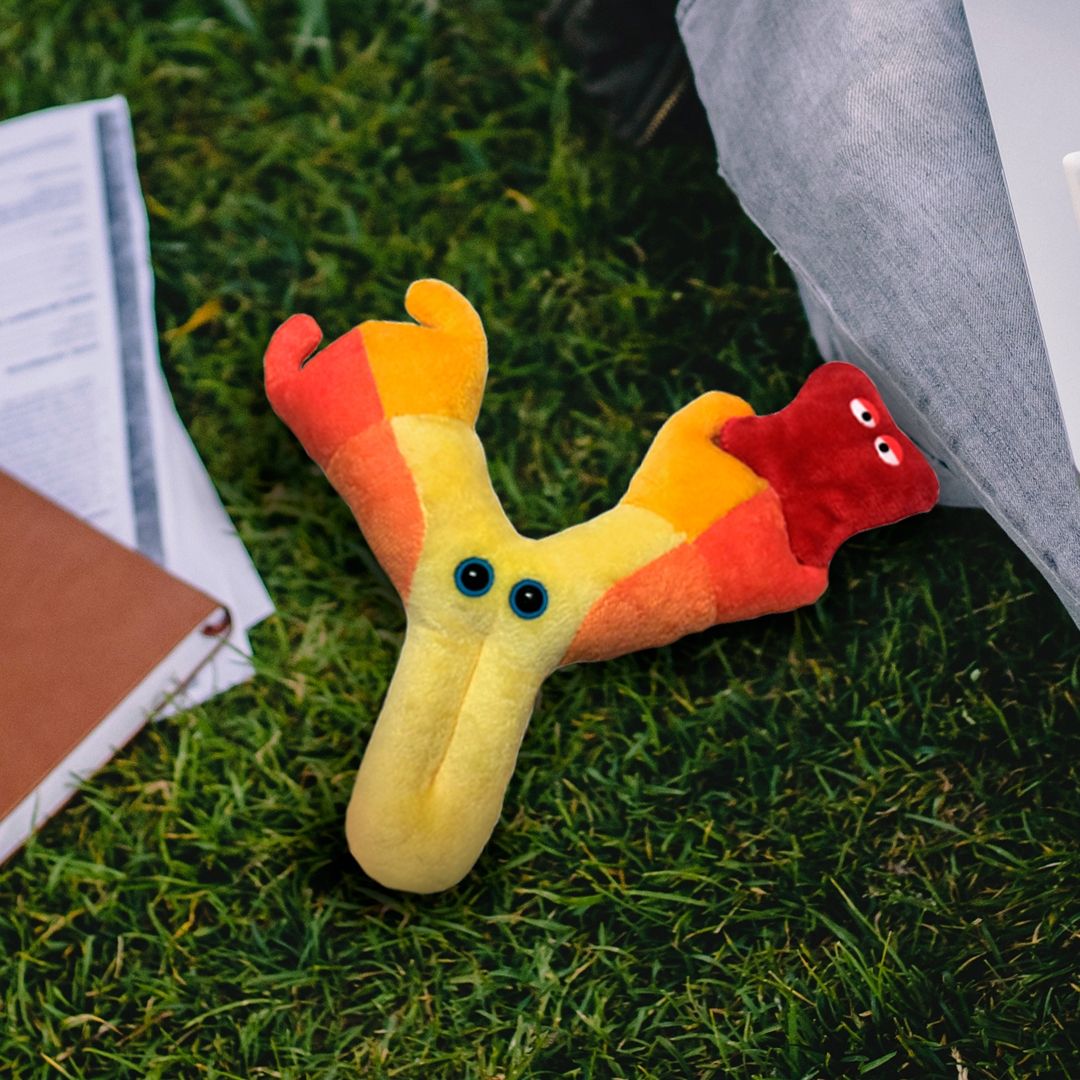 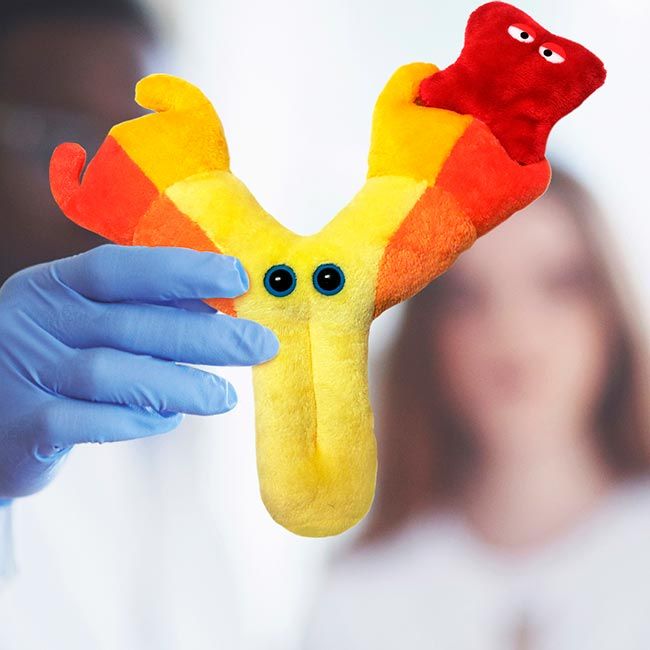 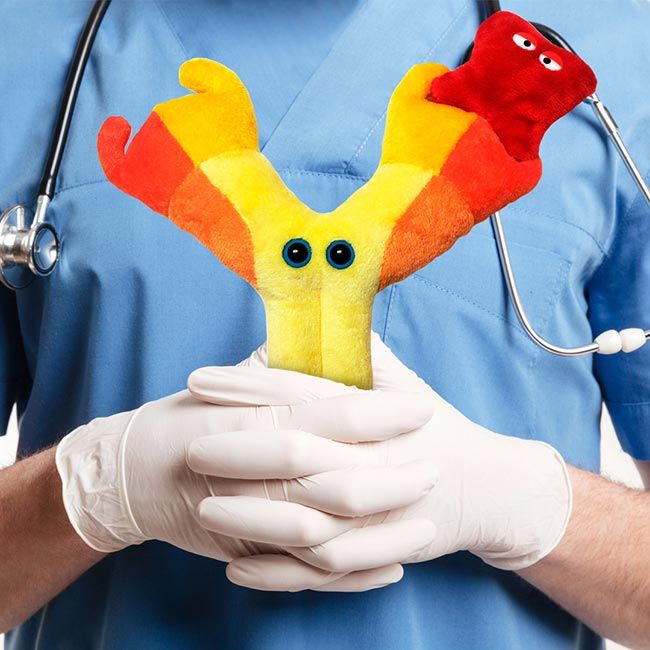 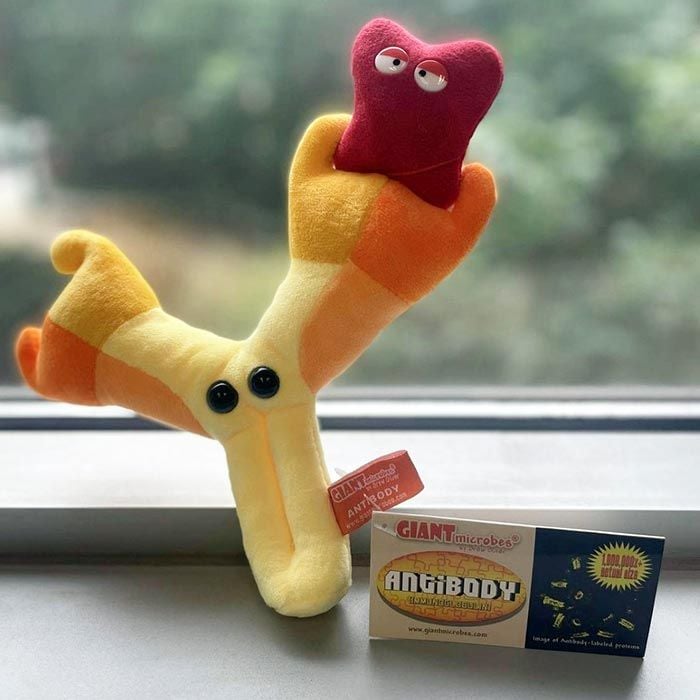 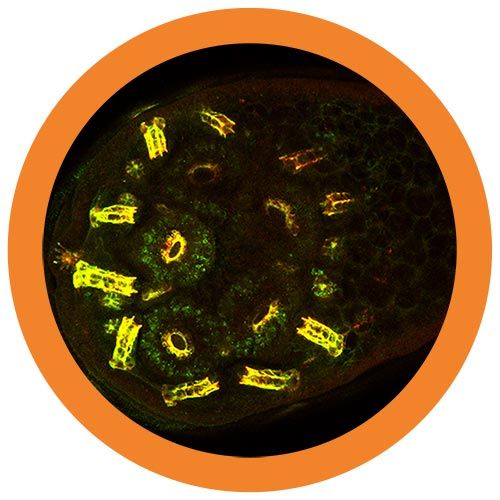 Antibodies are xenophobic proteins whose job is to make foreign intruders say uncle. Find out how - and Y!

A unique way to explain how super proteins keep you healthy. Great educational get well gift that makes learning and science fun!

All about Antibody (Immunoglobulin)

Antibodies are Y-shaped proteins produced by the body’s immune system to help identify foreign interlopers such as viruses, bacteria, or toxic chemicals. Secreted by specialized B-cells, they function by grabbing onto suspicious antigens using the tips of their arms, and holding fast until other immune system cells have a chance to neutralize the threat.

While the bodies of antibodies come in a few specific types (or isotypes), the tips (or paratopes) can be custom made, like a lock to a key, to attach only to specific parts (or epitopes) of an antigen. There are more than 10 billion combinations to this lock, so it can identify a lot of alien intruders! (Sometimes a single antigen has a number of epitopes – which means it gets tackled by a swat team of antibodies, giving it little chance of escape.)

Although antibodies try to identify only foreign substances, sometimes they make mistakes and falsely accuse normal parts of the body of trespassing. In these instances, autoimmune diseases can result, as the body becomes a police state and unleashes its immune system on itself.

But normally, antibodies exercise good judgment. In addition, vaccines can help prepare antibodies for threats they’ve never encountered. By providing a sneak peek at epitopes found on genuine threats, vaccines train antibodies to respond quickly if they ever encounter the same threat again, allowing the body to neutralize it before it has a chance to fully develop.