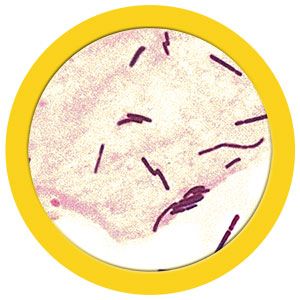 All about Acidophilus (Lactobacillus acidophilus)

FACTS: Acidophilus is a probiotic bacteria that is commonly found in the human body. Probiotic means that it’s good for you!

How can bacteria be good for you? Well, all bacteria need resources to grow. But when benign bacteria such as acidophilus use up scarce resources, there aren’t enough to go around – and so harmful bacteria can’t survive. In addition, Acidophilus helps maintain an acidic environment in the body (by producing substances such as lactic acid and hydrogen peroxide) which discourages the growth of harmful bacteria.

Unfortunately, when you take antibiotics, acidophilus is killed along with the harmful bacteria that the antibiotics are designed to attack. This can lead to the intestinal indigestion that many people suffer when taking prescription drugs. In addition, since acidophilus is also credited with helping to control feminine yeast infections, it’s not surprising that these can also flare up when antibiotics are being taken.

Fortunately, you can replace your acidophilus by eating a lot of yogurt – which is often rich in acidophilus – or by taking herbal supplements. (To control yeast infections, topical application of yogurt is sometimes recommended!)

So the next time bacteria are getting to you, have the guts to give credit where it’s due. And remember that some bacteria are on your side – inside.