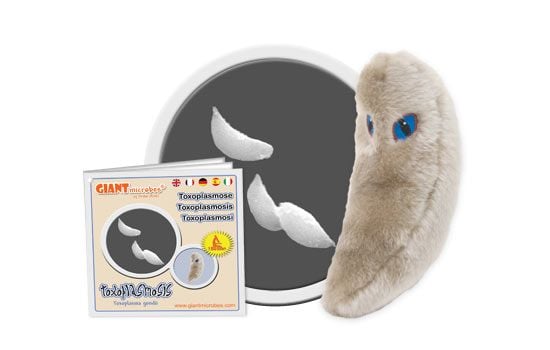 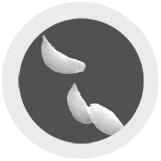 All about Toxoplasmosis (Toxoplasma gondii)

FACTS: Toxoplasmosis is an extremely common parasitic disease caused by the toxoplasma gondii protozoan. Large percentages of the world’s population are infected!

One of the most common food-borne illnesses, toxoplasmosis can be acquired by eating undercooked meat (particularly lamb and pork), or underwashed fruits and vegetables. But toxoplasmosis is typically associated with cats as cats are the primary host for the reproductive stage of the parasite.

T. gondii oocysts (egg-like forms) mature in the bowels of infected cats. After they are expelled, they can be acquired by almost any warm-blooded animal, as well as humans. Cats commonly contract their infections after catching small warm-blooded animals such as mice and birds which have previously caught the parasite – and the cycle continues.

In most cases, T. gondii infections produce either no symptoms or common flu-like symptoms; many people never know that they’ve gotten one. However, toxoplasmosis can be dangerous for those with impaired immune systems. And T. gondii infections are of particular concern to pregnant women who have not been previously infected (and therefore acquired immunity) as complications ranging from premature births to congenital defects can result.

So if you’re at risk, don’t play cat-and-mouse with T. gondii: reduce the risk of infection by keeping cats indoors, feeding them processed, commercial food – and avoiding litter boxes. And don’t give toxoplasmosis a chance to pounce.