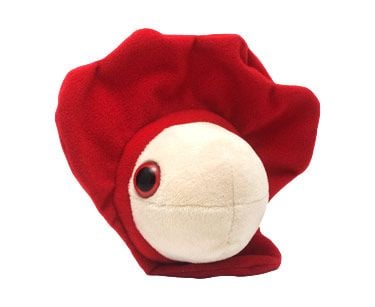 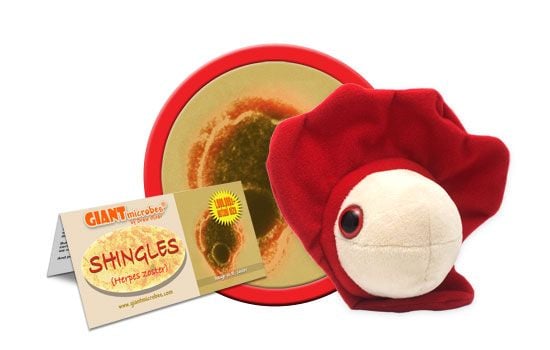 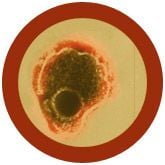 Shingles is a skin rash that results when Chicken Pox strikes back. But don’t be afraid -- learn what causes the outbreaks, and how to take the appropriate precautions.

All about Shingles (Herpes zoster)

FACTS: Shingles, aka Herpes zoster, is a blistery skin rash which typically manifests itself as stripes or splotches on the face or wrapped around on one side of the body. The name shingles is a corruption of the Latin word cingulum, or girdle, after its characteristic appearance.

Chickenpox is the primary handiwork of the Herpes zoster virus. But after the virus has been routed, it remains dormant in the nerve cell bodies, or satellite cells. Years or even decades later it can activate and spread along a specific nerve pathway, affecting all the areas governed by that spinal nerve.

It is most prevalent in people over 50, particularly among those with immune systems compromised by disease, stress, or even certain medications. Early symptoms include headaches and fevers, as well as itching in the affected areas. (Outbreaks near the eyes can cause additional complications.)

Shingles normally self-resolves after 2 – 4 weeks, though symptoms can linger for much longer. (Where postherpetic neuraligia is evident, pain can continue for years.)

But fortunately, a zoster vaccine is now available which is substantially effective against both the initial chickenpox infection and shingles outbreaks. So in many parts of the world, the decision to play host to the virus is now to a certain degree discretionary.

Nevertheless, should it occur, antiviral treatments are also available which can mitigate the impact of shingles, reducing recovery time and limiting the severity of the rash.