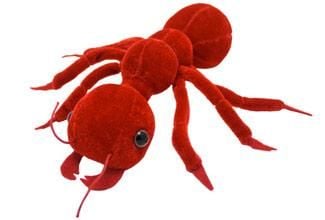 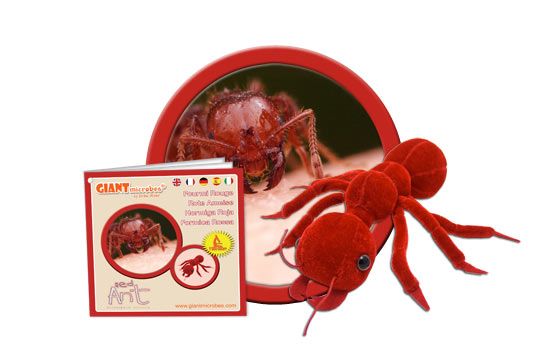 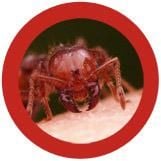 All about Red Ant (Solenopsis invicta)

FACTS: Although there are more than 10,000 species of ants, red fire ants comprise some of the more vicious varieties.

Typically encountered when their mounds are disturbed, they can quickly swarm up an intruder’s legs in an attack coordinated by pheromones (special chemicals that provoke behavior). Although they are well-known for their tendency to bite, their bite is actually only a prelude to their sting – and it is the venom in their sting that causes the fiery, burning sensation that has earned them their notoriety.

Though they originated in South America, fire ants have natural predators in their native lands which tend to keep them in line. However, as stowaways in shipping crates, they have managed to travel the world, and are now invasive pests in many regions.

Colonies of red fire ants can have as many as half a million residents, and when the ants go on the march to forage for food, they can kill small animals. However, they are omnivorous and typically sup on sap and seeds, fruits and funguses, and anything else they can get their jaws around. (Forager ants have two stomachs and consume only a portion of what they find – they carry the rest back to the nest for delectable regurgitation.)

Although red fire ant attacks are very rarely lethal to humans, the blisters that form on their bite marks can cause scars or become easily infected if the pustules are broken. So, if you end up the victim of a red fire ant attack, keep clean and try not to scratch.