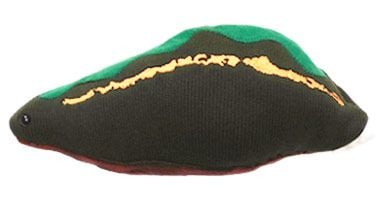 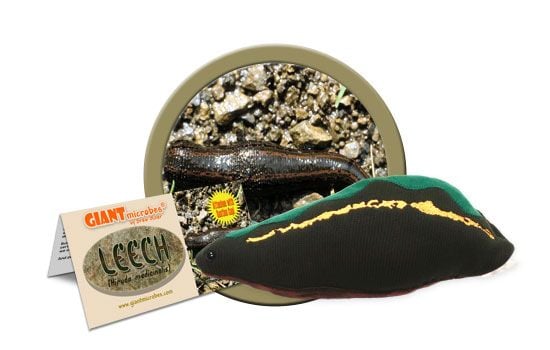 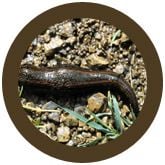 Leeches were once used by doctors to remove a patient's bad blood. Fortunately this sucker won't bleed you dry!

Product comes with suction cup that attaches to surfaces.

FACTS: The practice of removing “bad blood” from patients is thousands of years old. In the days of yore, there were two cutting-edge theories that justified the procedure. On the one hand, doctors believed that the body’s four humours – blood, phlem, black bile, and yellow bile – could fall out of balance. If professional opinion concluded that there was an excess of blood in a patient’s body, balance could be restored by removing it. In addition, physicians believed that the blood could reach a kind of expiration date, and that old blood festering in the extremities could cause health problems. Removing this spoiled blood was thought to help restore health.

While sharp instruments were commonly used to initiate the required blood flow, the use of leeches for this purpose was very wide spread as well – and the medical leech Hirudo medicinalis was particularly useful for the task because its saliva contains hirudin, a powerful anti-clotting substance.

Advances in medical knowledge have resulted in bloodletting falling out of favor as a general health-restorative practice. But nevertheless, leeches are still used for specific operations such as reattaching severed appendages or grafting tissue onto patients.

Arteries (which deliver blood from the heart) can be surgically reconnected by surgeons; but veins are more delicate and can be difficult to individually suture. By attaching leeches to a patient, blood flow to affected areas can be encouraged until the body can regrow its damaged veins – so that blood does not flow in and stagnate, just as the old physicians were worried it might.