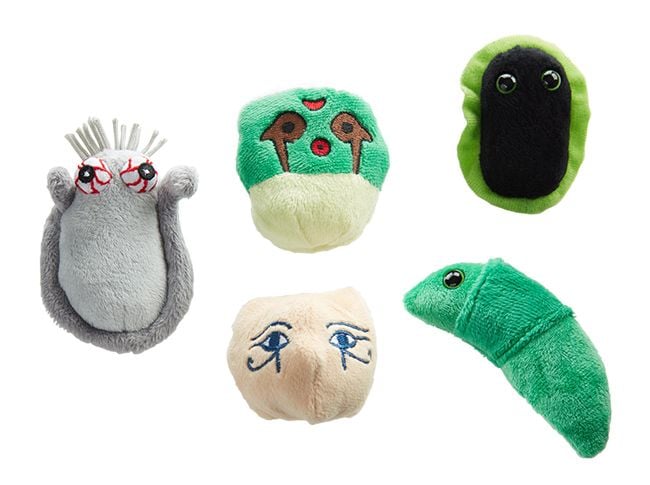 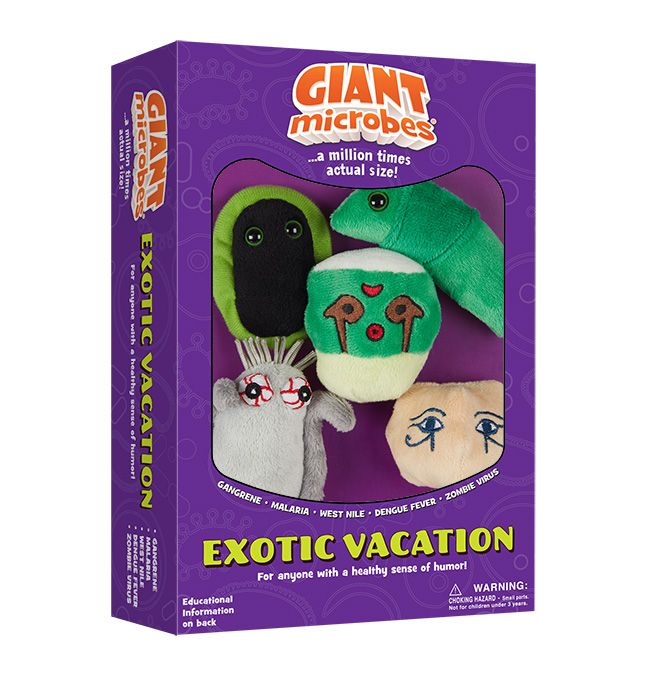 You’re packed, vaccinated and ready for an awesome adventure in the jungle, sea and mountains. But wait, have you forgotten your insect repellent and Exotic Vacation microbes?
The tropics have coconuts and colorful birds, yet these microbes will bite you with humor when you least expect them!

All about Exotic Vacation

Gangrene
Although gangrene may sound like a hazard of jungle exploits and military campaigns, the gruesome decay and death of soft body tissue that characterizes the condition can happen to anyone anywhere.

Malaria
Malaria (Italian for "bad air") is the work of the Plasmodium parasite and the Anopheles mosquito. When the mosquito stings an infected person, parasites are absorbed as it draws up blood. Only the females are bloodsuckers.

Once found throughout the tropics and subtropics, malaria has been all but eradicated from the developed world. In addition, travelers can take anti-malarial drugs, use insect repellent, wear long clothing, and sleep under nets or in protected housing.

While West Nile outbreaks regularly attract a flood of media attention, about 80% of infected people experience no symptoms at all.

Nevertheless, it’s wise to take extra precautions to avoid all mosquito bites during outbreaks – knowing which are infected is like solving the riddle of the sphinx.

Dengue Fever
Dengue fever is a tropical disease endemic to more than 100 countries. Up to a 100 million people are infected each year.

The origin of the name Dengue is unknown, but is thought to derive from the Swahili "ka-dinga pepo" (or "disease of the devil") corrupted to the Spanish word "dengue" which described the "fastidious" gait exhibited by sufferers as they walk.

Zombie Virus
Scientists named this virus Pithovirus sibericum because its shape resembled the ancient Greek wine jars called "pithos." On the microscopic scale, the viruses are absolutely enormous. Over a micrometer in size, they are as large as many bacteria, even larger than some of the smallest known free-living eukaryotic cells.

The genetic material of these viruses is unusual and overlaps known lifeforms to a very limited degree, which has the scientific community very intrigued about the possibilities for new discoveries.