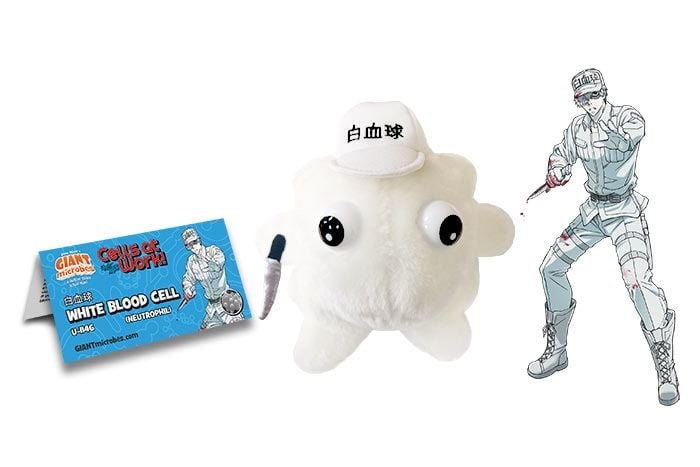 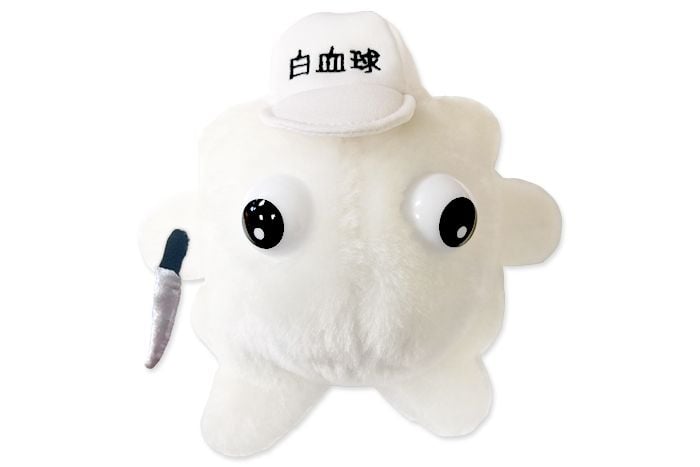 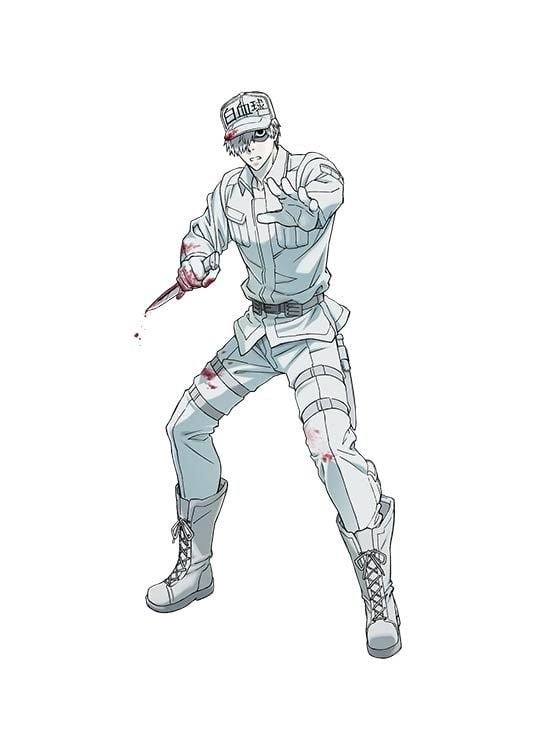 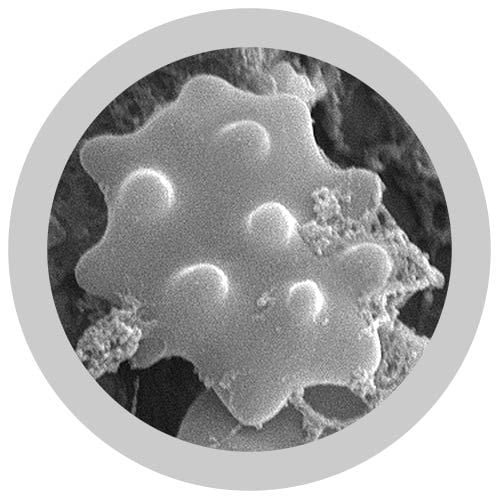 White Blood Cells obliterate foreign substances (bacteria, viruses) that attack the body from the outside. Neutrophils account for more than half of all the White Blood Cells in the human body!

Other cells fear U-1146 because he savagely hunts down viruses like prey. But he can also be kind and gentle, especially when he’s accompanying Red Blood Cell to her destination.

All about Cells at Work! White Blood Cell

FACTS: White blood cells, or Leukocytes ("white cell" in Greek), are your body's white knights. If an enemy germ invades you, they ride to the rescure and fight to the death.

There are several different kinds of leukocytes, and each has special skills that help protect you. For example, neutrophils race to the scene when bacteria attack. They suffer large casualties creating the pus that forms on infections. B. cells hurl antibodies at virulent viruses to neutralize them so T cells can move in for the kill. (T cells are also the military historians: they remember old enemies and guard against repeat attacks). And when the dust finally settles, monocytes help clean up the place by digesting microorganisms and their remains.

Some leukocytes also try to track down any traitorous cancer cells that your body itself produces. This domestic police force attempts to maintain cellular order to keep you healthy. Unfortunately, terrorist cells are hard to spot because they can look almost like normal cells. Chemotherapy and other treatments are usually marshaled to help carry the day (particularly in the case of leukemia, where the leukocytes themselves have gone bad).

But where good health prevails, remember: in every drop of the bloody battlefield, there are a myriad vigilant champions, standing watch night and day to help keep you alive.