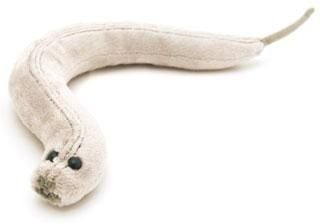 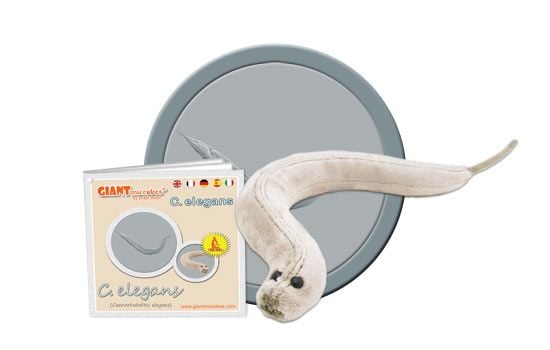 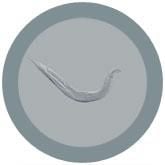 All about C. Elegans (Caenorhabditis elegans)

FACTS: C. elegans is no ordinary worm: it’s a small, free-living, non-parasitic, multicellular, unsegmented, eukaryotic, bilaterally-symmetrical, vermiform nematode that is one of the most studied organisms on the planet!

Because its cell structure is non-varying from worm to worm, the development of each of its 959 somatic cells has been observed (plus 72 more in the adult male); every one of its 302 neurons has been traced. Its entire 100 million base-pair genome has been sequenced. And because human beings share more than a third of the C. elegans genome, we’ve learned much about ourselves by getting to know it so well.

In the wild, C. elegans survives in soil – but in laboratory dishes, it feasts on a diet of freshly harvested E. coli bacteria (at least until researchers start probing for secrets…)

C. elegans grows to adulthood in about 3 days, and normally lives about 2-3 weeks – though when food is scarce, certain dauer larvae can survive without eating for months. (And in fact, C. elegans can be frozen and stored for years before being thawed and resuscitated!)

C. elegans is also very fertile. Individual hermaphroditic adults can produce over 300 offspring, and even more progeny after mating with a male. All of which allows for the efficient study of multiple generations of creatures – and with considerably less risk of researcher-subject bonding than can occur with soft, fluffy, doe-eyed, playful, warm, friendly, trusting, white … mice.