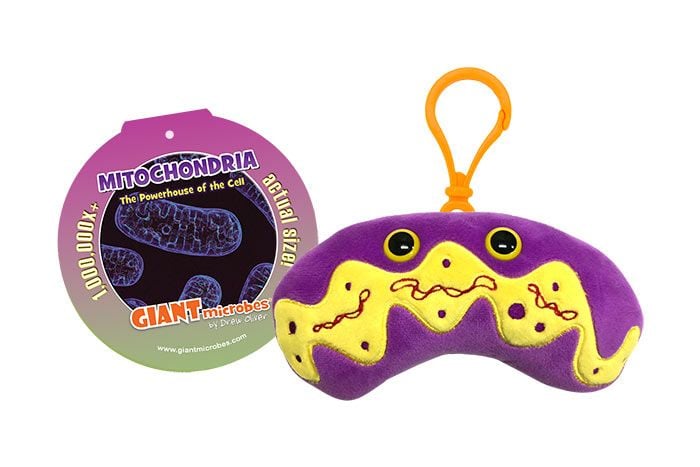 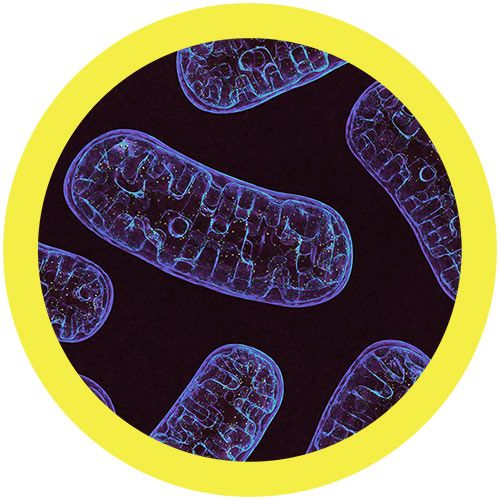 Cell biology and organelles have never been this exciting, engaging and adorable! This colorful plush mitochondrion represents the powerhouse of all animals, plants, fungi and other eukaryotic lifeforms. While actual mitochondria combine oxygen with food to generate energy for cells to move, divide and live, this GIANTmicrobes will bring some real fun to your learning!

All about Mitochondria Key Chain

FACTS: Mitochondria, the powerhouse of the cell, combine oxygen with food to generate energy for cells to move, divide and live. These organelles power the cells in animals, plants, fungi and other eukaryotic lifeforms. Mitochondria can be spherical, ovoid, branching, and even shape-changing! Some cells have only one mitochondria, but most have many. Cells with a lot of metabolic activity, such as liver cells, can have thousands.

Mitochondria have smooth outer membranes and folded inner membranes with tubular projections called cristae. They are filled with water and protein. Mitochondria also contain DNA and ribosomes packed with RNA. Mitochondrial DNA, or mtDNA, accounts for a tiny portion of our body’s total DNA, but it is notably distinct from DNA in the nucleus. Unlike nuclear DNA, which comes from both parents, mitochondrial DNA is passed to you from your mother only. Since this unique part of your genome comes from her egg cell, it can be used to establish maternal family ties.

Mitochondria are wonderful, yet most organisms do not have any at all. Living things are divided into eukaryotes and prokaryotes, with the exception of viruses. Eukaryotes – animals, plants, fungi and protists – have cells with mitochondria as well as nuclei with DNA. Prokaryotes – bacteria and archaea – are single-celled microbes without mitochondria nor other organelles aside from ribosomes. When life began 3.5 billion years ago, prokaryotes ruled our planet. After another 1.5 billion years or so, life got complicated and diverse.

One remarkable theory, called endosymbiosis, holds that the first eukaryotes engulfed smaller, free-living prokaryotic cells, which then became mitochondria and other organelles inside of more complex cells. These microbes established a mutually beneficial relationship and headed down the evolutionary path to become amoebas, waterbears, lizards, birds and human beings. So thanks mitochondria - thank you for the power to make us who we are today!