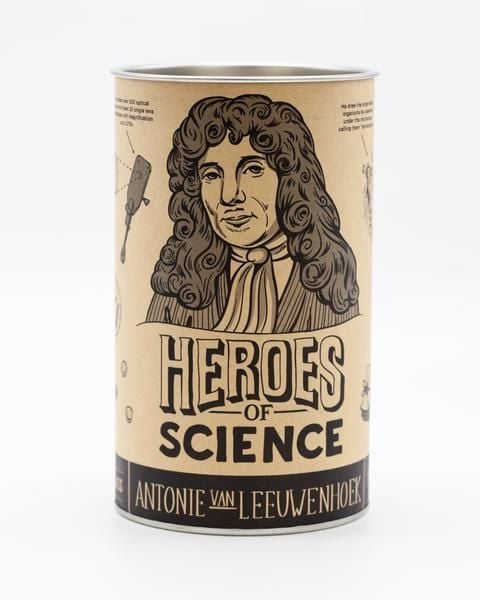 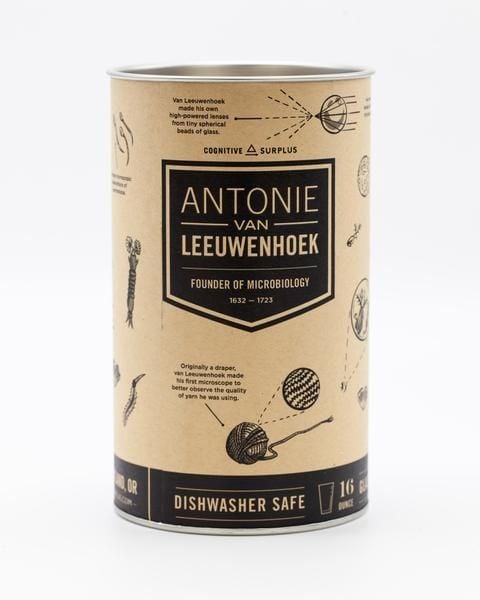 This pint glass features a Dutch scientist who has a medal, disease, prize lecture, two flowers, a crater on the moon, and an aerobic bacterial genus named after him. He also made more than 500 optical lenses, was the first to experiment with microbes (which he called animalcules), and is now known as the father of microbiology!