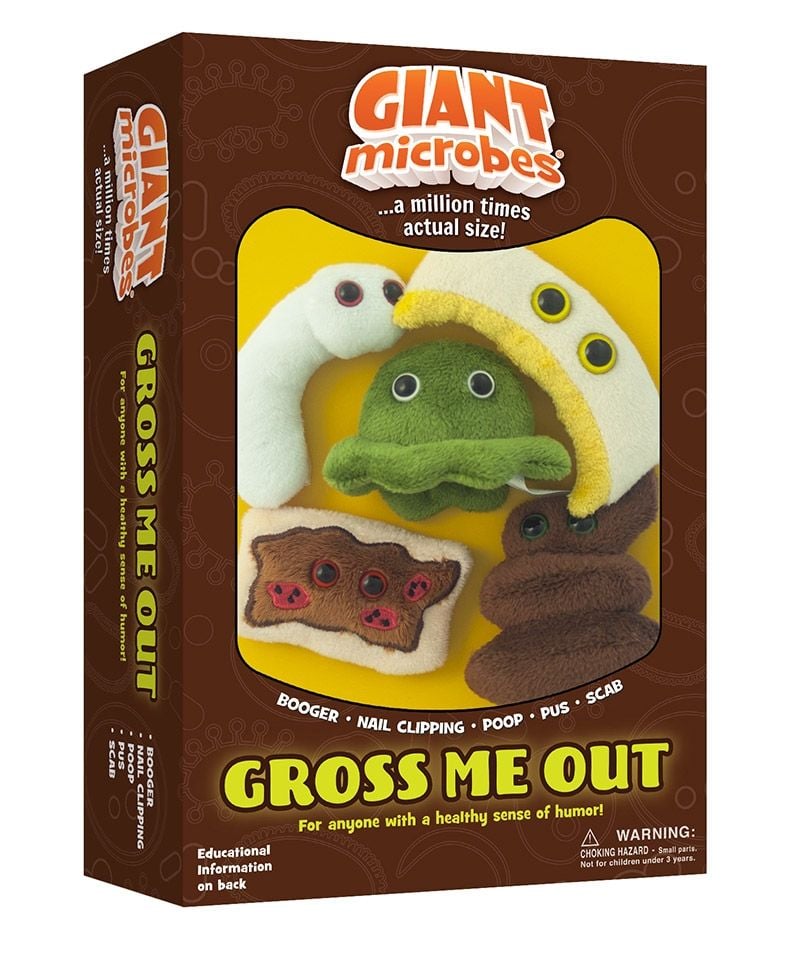 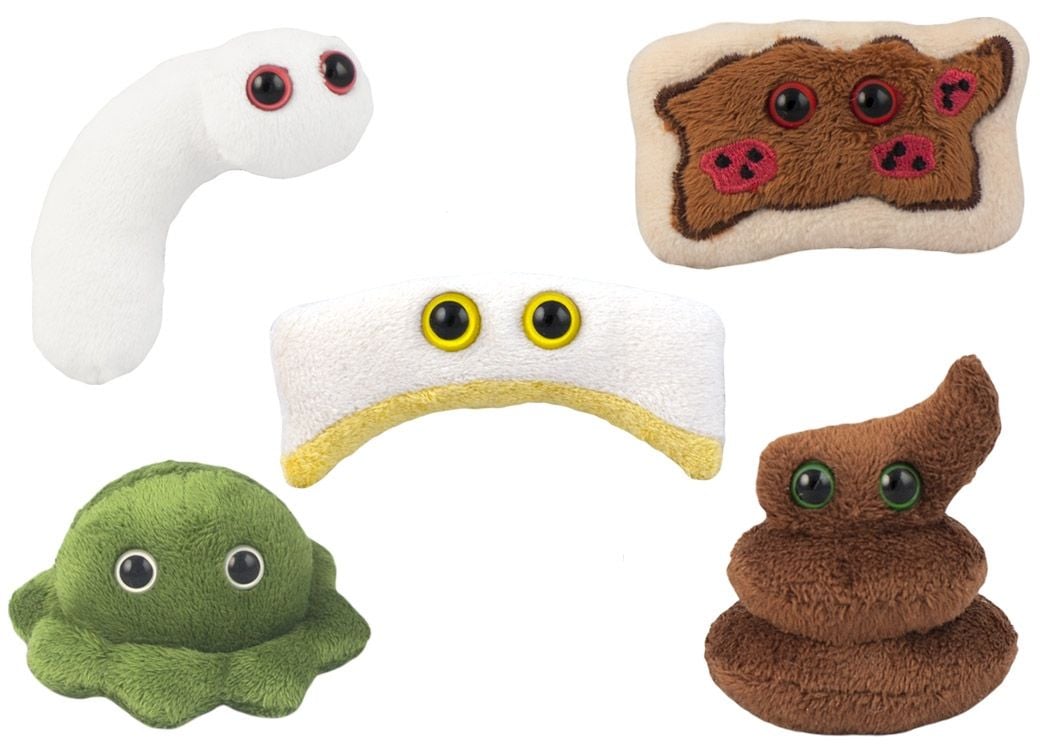 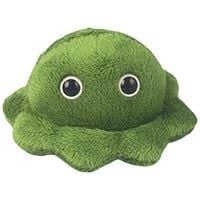 All the body’s a beautiful stage
Pus and boogers merely players;
They have oozing and dripping;
And each glorious substance in its time plays many parts!

Whether green, yellow or brown, these microbes will keep infections at bay and happiness all day!
Keep a healthy sense of humor and enjoy these Gross Me Out microbes!

All about Gross Me Out

Booger
Dried nasal mucus is what we call boogers. Mucus is a slimy goo vital to your immune system. In your nose, mucus catches wayward microbes and other foreign particles before they reach your lungs. When a cold invades and stuffs up your nose, dead viruses get stuck in the mucus turning it from clear to green. So that dripping snot is escorting out unwelcome microbes. And when mucus dries out, hardens, and sticks in your nose, you’ve formed boogers!

Nail Clipping
Nails are made of bonded plates of the tough protein keratin. Nails are dead except in the root where new cells form. Useful for scratching and opening things, your nails also protect the tips of your fingers and toes. Keep your clippers handy since fingernails grow at the rate of 2 inches per year, much faster than toenails. Speediest of all? That would be your middle fingernail!

Poop
We all do it, but few talk about it. After traveling a very long path through your digestive tract, food transforms into waste. This material, or poop, is 3/4 water and 1/4 solids, packed with dead gut bacteria. Bacteria help digestion and also give poop that remarkable smell. Whether you call it excrement, stool or feces — scat, guano or dung for animals— when you’re feeling like #2 just shout “poophoria” !

Pus
That creamy yellow or greenish concoction oozing from your scab means your body is fighting off infection. Pus is made of dead white blood cells and dead bacteria. That’s why pus forms where the immune response occurs. Pus collects at any infection site, such as a cut, a pimple, or in your ear. It’s best not to poke or squeeze, which may introduce new bacteria into an infection. So just let your pus be!

Scab
Scabs are nature’s bandage. When you have a wound, your body stops the bleeding and forms a clot. Dried clotted blood covers the cut. And white blood cells gobble up any microbes that enter into the cut. Minor wounds heal quickly if you keep them clean. So go ahead and pick a peck of pickled peppers, but don’t pick your nose or your scabs!