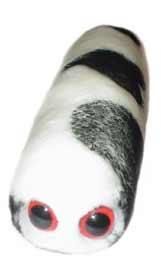 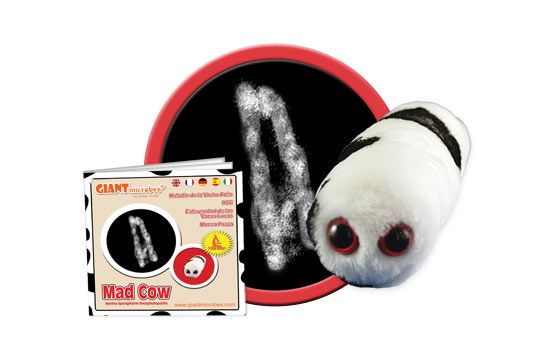 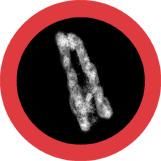 FACTS: First identified in Britain in the mid-1980's, Mad Cow disease, or Bovine Spongiform Encephalopathy (BSE), is generally thought to be the work of proteinaceous infectious particles, or prions. These inanimate amino acid chains (which are far smaller than bacteria or viruses, and are not destroyed by thorough cooking) normally twist like pretzels into a particular shape. According to theory, they can get a little crazy and twist the wrong way. Similar proteins follow the herd, go nuts as well, and congeal into long rods that ultimately inhibit brain function. (Other prion diseases include the sheep-disease scrapie; Kuru, once found in the cannibals of Papua-New Guinea; and Creutzfeldt-Jakob disease, a variant of which is believed to be Mad Cow in humans.)

Although Mad Cow prions are typically found in brains and spinal tissues, and are thought to be transmissible primarily by direct consumption, even cows and humans without a predilection for consuming nervous tissues are at risk: at processing plants, these materials can end up both in cattle feed and on your sirloin steak. (In fact, cattle feed contaminated with scrapie-infected sheep tissue is credited with spreading ovine prions into the bovine population.)

With an up-to-decades-long latency period, no cure, no treatment, and no chance of recovery, concern about BSE is no bull. Nevertheless, the risk of infection is extremely low. Strenuous efforts are being made to prevent the spread of Mad Cow, including the implementation of strict animal feed regulations and processing standards. So beef-eaters are hardly insane to keep eating – though that may make cows even madder....